Kerala is a treasure trove of folk tales and legends that are deeply rooted in culture and heritage. 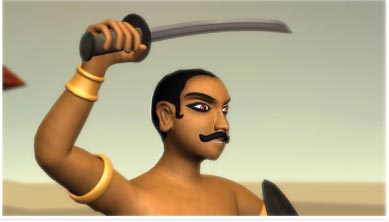 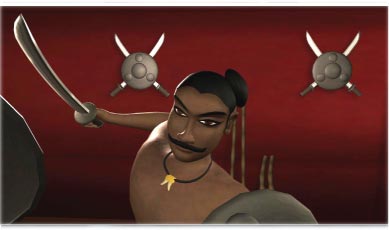 These were normally passed on from generation to generation by word of mouth. This culture is fast disappearing and the children / current generation is loosing out on the knowledge about their culture and its past.

An attempt to make one of these stories come to life through the medium of animation would help to pass on this wealth to more people.

The reason to select this particular story was because I personally found it very interesting and the characters in it are warriors who were masters at the art of ‘Kalarippayattu’. The story being set in a time where people live according to the martial art code lends it a “Fantasy feel”. 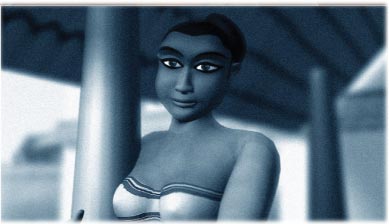 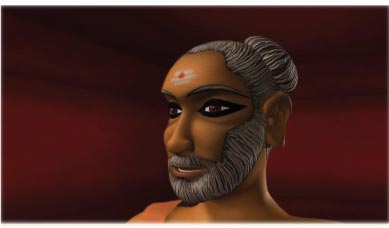 The project required me to adapt the story to a script suitable for animation, designing the characters and the sets and the mammoth task of animating the whole thing.

When I set out on designing the one thing that I felt was that the characters should look very unique and South Indian, a total deviation from the typical action hero characters of the West . To achieve this I looked towards the sculpture forms of South India, the wall paintings of Kerala and the art forms from Kerala as a source of inspiration. 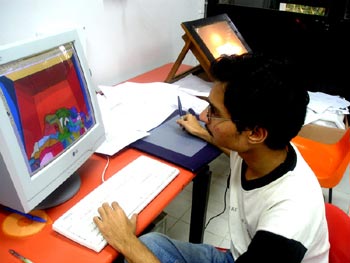 The story is set in ancient Kerala and is mostly propagated till date in the form of ‘Nadanpattu’-folk songs.

In the era in which the story is set, Kerala had a lot of feudal landlords and quarrels among them were quite frequent.

There existed a practice of sorting out differences by Angams. In an Angam each party is represented by a Chekavar (warrior) and .x up a date for the Angam. On the day of the Angam these Chekavars .ght each other till one of them is killed.Whichever party’s Chekavar wins is the one which has the right to decide the outcome of the quarrel.

Long time ago there was a very famous household by the name of Puthooram Veedu which belonged to Kannappa Chekavar. 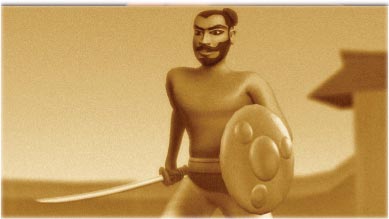 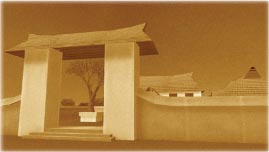 Kannappa Chekavar had two students one of them being his own son Aromal and the other his adopted son Chandu whom he had trained to excel in the art of ‘Kalarippayattu’. He also had a daughter by the name of Unniarcha.