Following an immensely successful year, the Disney Kids Network is known for engaging kids with entertaining content that is specially curated for them. Adding to its expanding content slate is the new animated series.

Reaching out to a whopping 670+ million kids, the channel has consistently been entertaining young viewers with shows and characters that they love and has become a favourite amongst them. The Hagemaru Show is one of the most loved shows in the genre enjoying a high viewership with 427 impressions along with Shinchan which garnered 319 impressions in addition to other popular series like Selfie with Bajrangi and more. 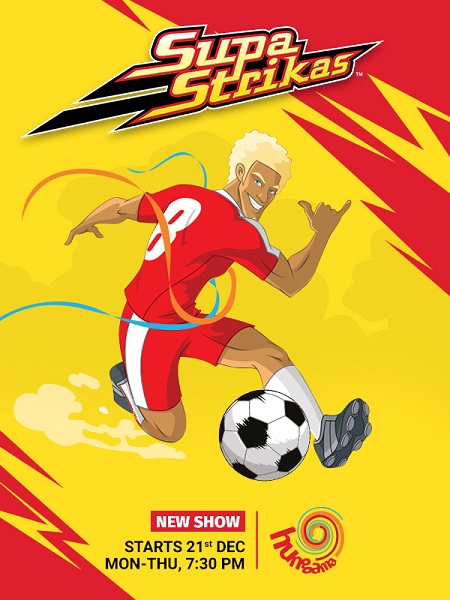 Following the success of the existing series, the Disney owned channel will now launch Supa Strikas again on Indian television. With a narrative that follows a leading football team as they journey across the globe and outer space, the series will take the young viewers through the behind the scenes at the world’s greatest soccer club who are on a quest to win the prized Super League trophy.

“Hungama, through the shows and characters, has always celebrated the spirit of childhood; capturing the child’s imagination, playfulness and the zest to be adventurous. Kids have loved the series that we bring on Hungama and the consistent performance of the channel along with the success of all our shows are a testament to its success and popularity. Our newest show Supa Strikas will be a perfect addition to the channel bringing in elements of fun, adventure, sportsmanship and friendship,” said a Disney Kids Network spokesperson.

Presently, the Disney Kids Network is one of the most preferred destinations for entertainment by kids and commands a share of 31 per cent among kids.