Now that’s some GINORMOUS news as a brand-new second season of Cyber Group Studios’ fan-favourite preschool series, Gigantosaurus, is coming to Disney Junior on 4 January 2021, at 8:55 am. A comedy and fun action-packed new episode will then roll-out every Monday morning.

Season two brings dino-mite all-new adventures to life featuring the young dinosaur best friends Rocky, Bill, Tiny, and Mazu. It also introduces new characters, including adorable baby dinos and a new ‘baddy’. The series takes the team to exciting never-before-seen locations. The upcoming stories are both hilarious and heartwarming and the CG animation is even more vibrant and colourful than before.

Gigantosaurus invites the young viewers to follow along with inquisitive Mazu, playful Tiny, timid Bill, and courageous Rocky as they go on quests to explore their world facing their fears, working together to solve problems, learning more about the Big Guy – the mysterious Gigantosaurus himself – and having lots of fun all along the way in each episode. 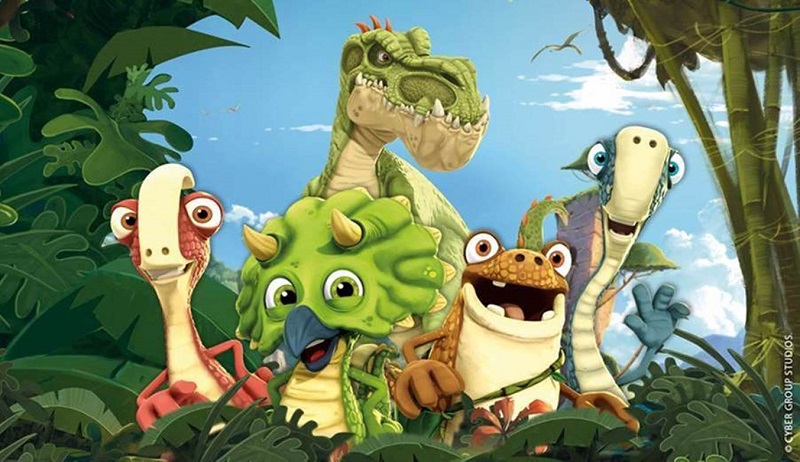 The hit animated series also incorporates a wide array of real dinosaurs, from Leon, the friendly archelon, to Plink, Plonk and Plunk, a bunch of playful ichthyosaurs, and realistically rendered flora and fauna that’s true to the time period.

In the Season two opener, life in Cretacia is pretty good after Termy’s banishment – that is, until the dinos realize her absence is causing an ecological disaster in the lake! Maybe their new buddy Giganto will help them find her. But when they try to rely on him during their search, they begin to wonder whether or not he’s truly their friend!

In the following story, Rocky learns of a dinosaur named Roger who broke 99 of 100 incredible records. He sets out to break all of Roger’s records. But poor Rocky can’t break one! Soon Rocky is blaming everyone else for his failures: his friends, coconuts, even a dragonfly. After alienating his friends, Rocky attempts the 100th record, the only one Roger didn’t break: tail wrestling with Giganto. The Big Guy is going to have to set Rocky straight on several matters: 1) No one is better at tail wrestling than Giganto; and 2) If a record seems impossible, maybe it is!