Exclusive: “‘Kapaemahu’ feels like a moving painting” – John Musker in a chat with the animated short makers

Wong-Kalu shared with Animation Xpress, “John [Musker] didn’t know anything about Kapaemahu, but happened to see it while reviewing the Oscar candidates this year, and recognized some of the names on our “thank you” list from the extensive research that he and Ron Clements carried out in the Pacific for their film. Saying that his ‘interest was piqued by the fascinating story and beautiful, hand-drawn artistry,’ he offered to host a virtual talk story to help lift our little film from Hawaii on its voyage.” Unfortunately, Kapaemahu didn’t make it to the final nomination list of the Oscars this year (announced on 15 March), however, it made it through the Oscars shortlist. 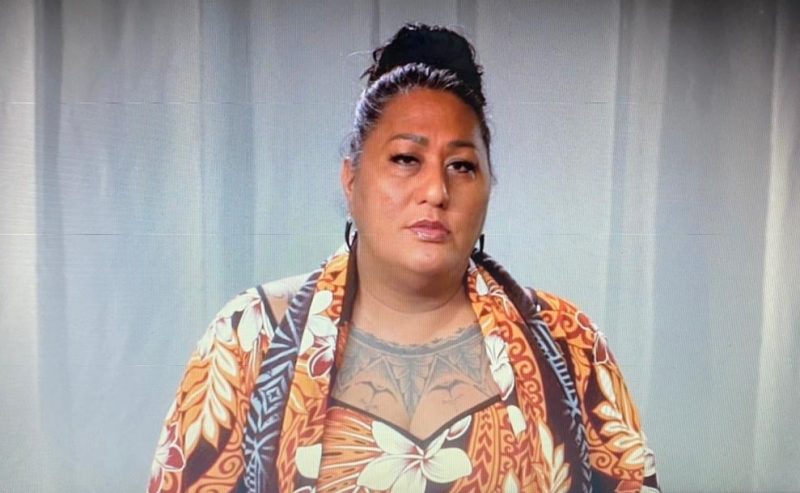 Polynesians have been telling and passing on their stories for thousands of years. As the conceiver and director of Moana, Musker was among the first to bring the beauty and universality of these narratives to a wide audience outside Oceania. Kapaemahu expands on that idea by telling a Hawaiian story in its original language, using a distinctly Polynesian visual aesthetic. “Our aim is to meet the challenge posed to Musker by a Tahitian elder, which he describes in the closing of this video: For years we have been swallowed by your culture. This one time can you be swallowed by ours?”

Speaking about the experience of talking to the Disney veteran about Kapaemahu, Wong-Kalu told Animation Xpress, “Like so many people around the world, I’ve been watching Disney’s animated films since I was a kid, so talking with John Musker, its most iconic director, was amazing. 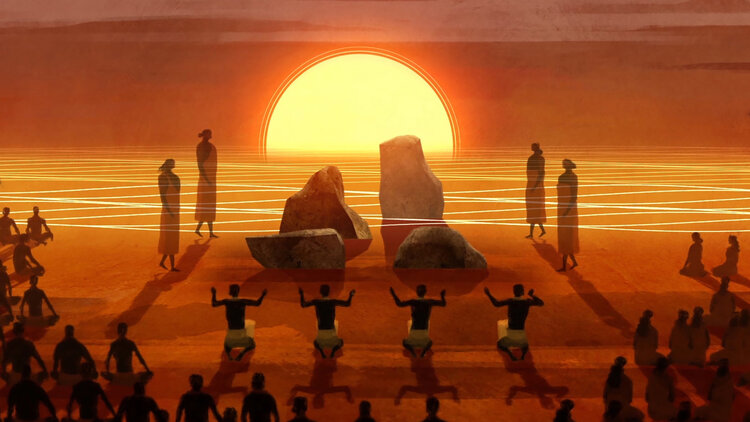 Unlike many filmmakers who try to tell stories about the Pacific, John really did his homework in making his blockbuster, Moana. He travelled in the Pacific and took the time to meet local folks, including me, and learn about Polynesian culture. That came through in his film, and I think it’s why he responded so immediately to Kapaemahu. He gets what all of this is about on a deeper level. And for that reason, engaging with him was a real pleasure.

It was also great to listen to him explore the more technical aspects of bringing Kapaemahu to life with our animation director, Daniel [Sousa]. That’s where a lot of the magic happened, and John loves those elements of the work.” 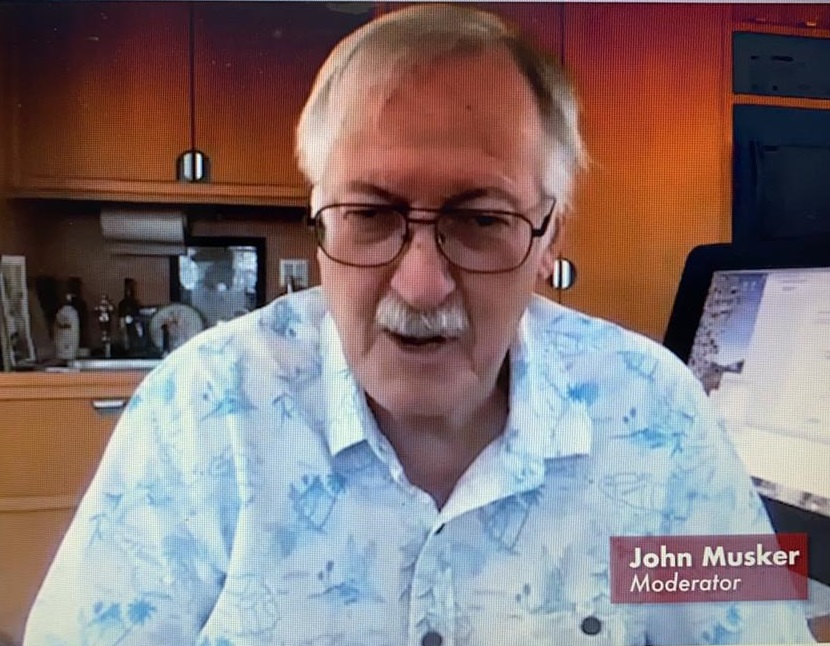 Moderated by Musker himself, the video begins with the veteran introducing Wong-Kalu, Wilson and Sousa before moving to initiate the conversation by asking Wong-Kalu the meaning and significance of the title – Kapaemahu. Wong-Kalu explains that ‘mahu’ stands for both male and female gender binaries and ‘Kapaemahu’ stands for the ‘arrival or the landing of the four mahus’ with healing powers. She went on to reiterate the mythic legend of the four stones on Waikiki beach and how many people including herself were initially unaware of the historical and cultural significance it holds.

The speakers then went onto discuss why they chose animation as a medium to tell the story to the world to which Wong-Kalu shared, “I’ve been a teacher and narrator for most of my life. And as a teacher, one has to bring knowledge alive through storytelling. The legendary healers are larger than life and animation as a medium helps us do it which wasn’t possible in live-action.”

Wilson added that “animation fit in perfectly with the essence of the story and after seeing Daniel’s [Sousa] treasure trove of work, he was an ideal choice for us. So when he agreed, we were on with Kapaemahu.” 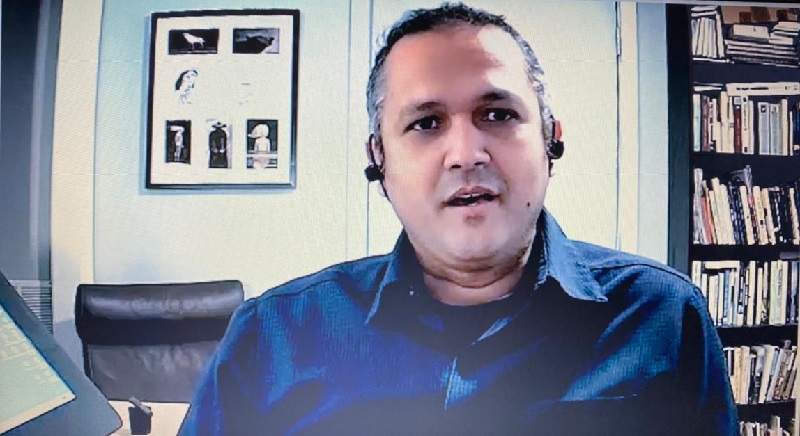 Sousa noted that except for sound design and music, animating Kapaemahu was a one-man operation, from story-boarding to compositing, everything from start to finish was done by him single-handedly. “We were looking at a singular vision -Hina’s vision to be specific. So, the stronger the vision, the less diluted we tried to keep it with less people involved. It was not only a story but had emotions and culture attached to it,“ he said.

Speaking of designs, Sousa told Musker that they required the story to be a spiritual journey, look ancient but feel alive. So, they chose a warm palette of colours that signify light and wisdom. For character design, Sousa mentioned, “ I chose Hina [Wong-Kalu] as a model and her silhouette’s as references for the four ‘mahus’.” He used Flash, Photoshop and After Effects for the process of animation and Blender to create CG. 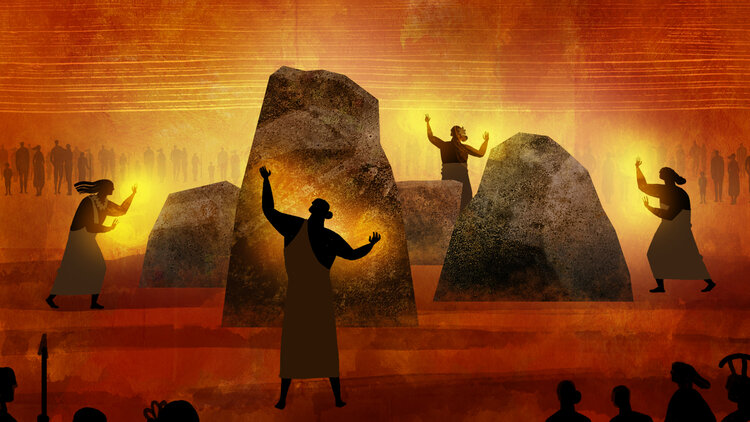 As concluding remarks, Wong-Kalu informed that the original manuscript is limited and thus the team required to tell the story with integrity that would uplift her culture, her history and her people in Hawaii, as the animated short was dedicated to them.

Musker as parting words commented, “Kapaemahu feels like a moving painting…and the cultural veracity stayed throughout the film. It was immersed by the culture” that deserves its due respect.

“My team and I are feeling grateful, because it’s helping to bring unprecedented attention and interest to a story, and the spirit of aloha that it holds, to audiences around the globe. That’s why we do what we do, with faith that it will help make a difference for people in troubled times,” concluded Wong-Kalu on the recognition, love and awards that the film has received till date.

Hear the full interview below: