Despite all the hurdles in 2020, Cosmos-Maya has had an active and fruitful year to date. From capturing almost 60 per cent of the Indian animation market with five releases this year, the studio also announced a couple of new animated IPs – Captain Bharat, Dr. Tenali Rama and Dabangg (recently acquired by Disney+ Hotstar for 104 episodes). Except Dr. Tenali Rama, these shows are conceptualised and directed by Cosmos-Maya CCO Suhas Kadav.

Dr. Tenali Rama is the studio’s small effort to pay a tribute to all the medical professionals around us who’re working tirelessly and battling the pandemic. Dr Tenali Rama is a nine-year-old genius child who is also a qualified doctor and loves to help people. In addition to that, he is also known for his problem solving abilities, wit, and perfect comic timing. 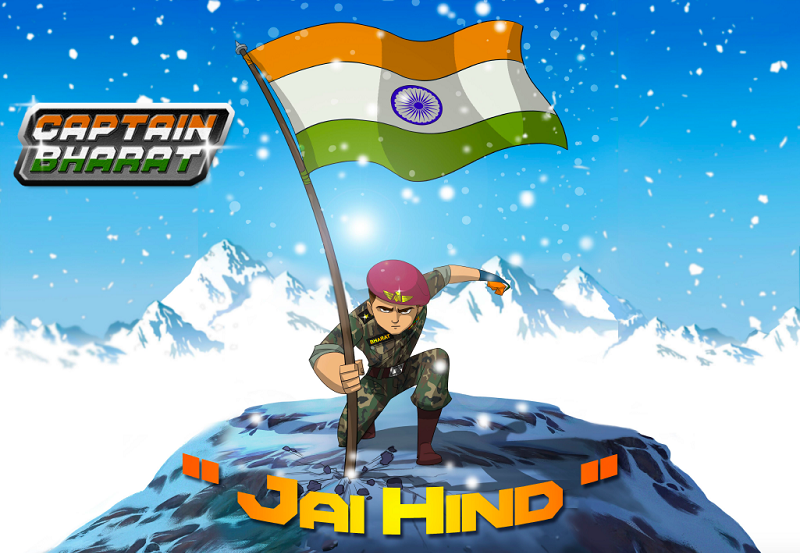 Captain Bharat on the other hand, is a reflection and characterisation of the collective Indian youth’s patriotic voice, professing and spreading the love for India to the younger school-going generations in a fun colorful and action-packed avatar. It is a story about an Indian soldier who is named after the country he loves and uses various gadgets, weapons and tools at his disposal to counter any threats to the country and save the day for people in need.

AnimationXpress spoke to Cosmos-Maya development and current projects SVP Dheeraj Berry about these upcoming projects, technical challenges faced while working remotely, regional touch and more. Below are the excerpts: 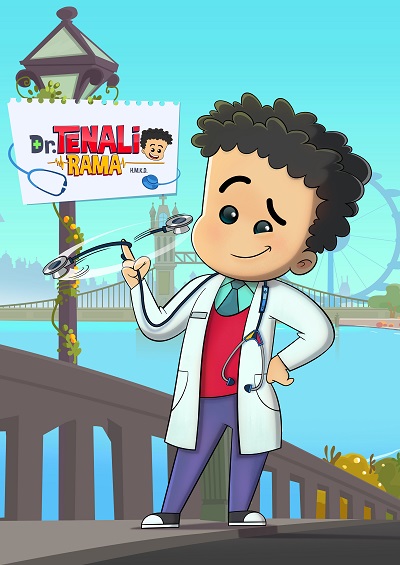 > What’s the current status of the upcoming animated projects?

> What technical challenges did you face or are presently facing while working from home? Was any project successfully executed and delivered during the pandemic?

COVID-19 pandemic led lockdown has certainly changed everyone’s professional life and we too are not untouched with its effect. Initially it was quite difficult for us to manage things technically virtually in a creative field which requires teamwork. Also, face to face interaction with artists earlier was an easier way to convey any message, expression and feel of the story to them. Creative meetings which were quite easier as well as effective at office became a bit difficult for us as none of us were used to it. However, I’m really thankful to my entire team for adapting to this new normal quickly which helped us accelerate the workforce like before and pace-up the production in our usual pipeline. The post-production of Titoo happened majorly from home.

> How important is it to use regional languages/ characters in animation?

Regional language and characters play quite an important role at present to make a show successful. Nowadays, DTH and OTT services have become common means of entertainment even in rural areas and we have a large audience from different parts of the country from every region. Using regional language and characters in the shows help us develop that connectivity with the kids speaking native languages.

Keeping this in point, we have also incorporated regional characters in our newly launched show Gadget Guru Ganesha from various parts of India including Himachal Pradesh, Punjab, North East, Uttar Pradesh and more. Kids get really fascinated and bond well with the characters when they can relate themselves with them.

> How important are motion and emotion in animation to do justice to the storyline?

Motion and emotion are two of the most important aspects of a show when it comes to kids’ animation. Motion is something related to technical aspects which has to be taken care of at the time of production to get a good output. If the animation will not look visually appealing, you can never do justice to the story and can’t engage the kids. In the meanwhile, kids will lose their interest if they don’t find the story visually attractive. And once they lose their interest in the show, they never come back to watch that show.

Being a reputed name in the industry, we have some social responsibility towards what we are showing to the children. Hence, it’s very important that we do justice with the story so that kids along with getting entertained also connect emotionally with the story and learn good things. Many a time, cartoon characters leave a huge impact on kids behaviour and hence emotion is quite important in a story.

> How would you assess the effect of the pandemic on the Indian Animation industry?

Just like all the other industries, the Indian animation industry too has been adversely affected during the lockdown for obvious reasons. With the incorporation of a new working system, infrastructure, the work-flow was hampered initially which affected the production timeline adversely.

However, the consumption of kids content increased tremendously with kids being stuck at their home during the lockdown. This surely increased our work-pressure but we smartly tackled the situation working restlessly with time which eventually helped us create a seamless process to launch many shows during this lockdown. I think this is something very positive for our industry if we learn to manage things during situations.