With Toonpur ka Superhero moving into post production, Climb Media (holding company of 2nz) has announced its next 3D animation feature, Sheru, the Vegetarian Tiger. Currently in pre production, the film is expected to move into production in March 2009 for a 2010 release. 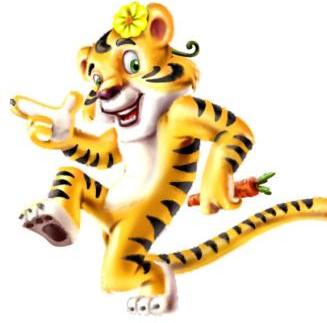 Conceived and directed by film-maker Himaanshu Khurana, the film is about Sheru, the protagonist caught on the wrong side of nature‘s law and how he finally learns to be true to himself. The 100-minute film is targeted at an audience of 6 to 14 years of age. A team of 25 people is working on the pre production.

“Animation runs in the family, ingrained due to my dad – Bhimsain‘s expertise and his pioneering efforts in the medium. After directing live-action films and TV serials for almost two decades, directing an animation feature is like a home-coming for me. Sheru, the Vegetarian Tiger is another step in creating endearing animated characters, much needed in this country,” Himaanshu said.

Kireet Khurana, director of Toonpur ka Superhero is also the animation director for Sheru. The company is currently in talks with leading animation production houses to explore co-production possibilities for the film.

Commenting on the concept of the film, Climb Media Director Kireet Khurana told AnimationXpress.com, “Keeping in line with our tradition and commitment to produce good quality animation features and endearing stories, Sheru the Vegetarian Tiger offers a gamut of characters, emotions and situations which make it a recipe for success.”

Himaanshu has directed more than 200 live-action commercial ads along with documentaries, serials and audio-visuals. He has also been the Animation Director for films like Raju Chacha and more recently Ghatotkach, besides having directed TV shows like MAD, Magic Makeup Box and Door Door Doorbeen.