Warner Bros. Animation begins 2021 with an all-new DC animated movie Batman: Soul of the Dragon. The movie will be released for digital download on 12 January, and on Blu-ray Disc and 4K Ultra HD on 26 January.

The story is set in the 1970s and the first trailer shows Bruce Wayne joining forces with Richard Dragon, Ben Turner and Lady Shiva, and their mentor O-Sensei. He trains in martial arts to drive out a deadly menace and defend Gotham.

The movie is rated ‘R’ for some violence, like previous animated films Batman: Death in the Family and Justice League Dark: Apokolips War.

The Blu-ray combo pack will include the film on a high-definition disc and a digital copy. The 4K combo pack includes the film on 4K with HDR and regular Blu-ray discs, and a digital copy. It will come with extra features which include Batman: Raw Groove — a featurette that looks at how martial arts cinema of the 1970s influenced Batman: Soul of the Dragon; Producer Jim Krieg’s Far Out Highlights — a supercut of one of Krieg’s funniest in-character appearances; a sneak peek at the next DC Universe movie, Justice Society: World War II, plus featurettes about earlier Elseworlds movies Superman: Red Son and Batman: Gotham By Gaslight; and from the DC Vault: Batman: The Animated Series episodes Day of the Samurai and Night of the Ninja. 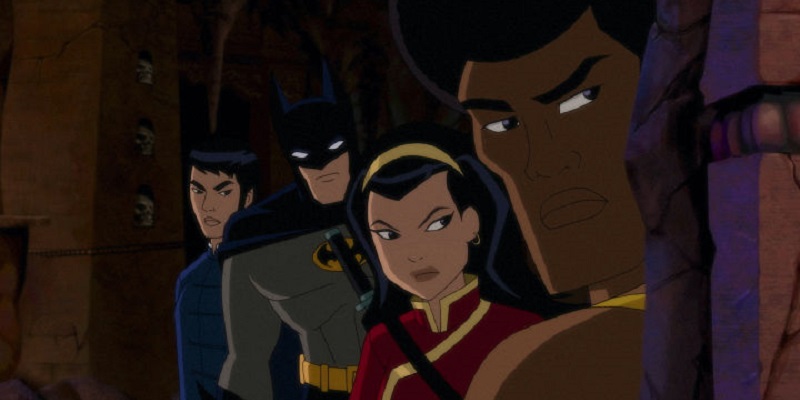 The film is directed by Sam Liu and executive produced by Bruce Timm. It is dedicated to longtime DC writer Dennis O’Neil, who passed away on 11 June 2020. He co-created the characters Richard Dragon, O-Sensei, Bronze Tiger and Lady Shiva.