Parijat Films’ animated feature Captain Vidyut is officially selected in the Junior Fest 2020. The animated movie will be competing in the international competition of animated films for kids aged five to 12.

Junior Fest 2020 is a film festival for children and youth which has been held in Pilsen region (Czech Republic) since 2008. The 13th Junior Fest will take place from 6 to 12 November 2020.

Producer Sangeeta Tripathi and director Atish Tripathi said on the success, “We are very happy and very excited by the appreciation that ‘Captain Vidyut’ has received in the festivals around the world. When we started making the film our goal was to produce a quality film for young audiences around the world, and official selections in festivals such as GUKIFF 2020 and now Junior Fest 2020 has given us an assurance that we were somewhat successful in doing so. We are very grateful to these festivals for including our film in their programs. Our confidence in our storytelling abilities has got a huge boost and we can’t wait to begin our next project and bring a new story and a new bunch of characters to life.” 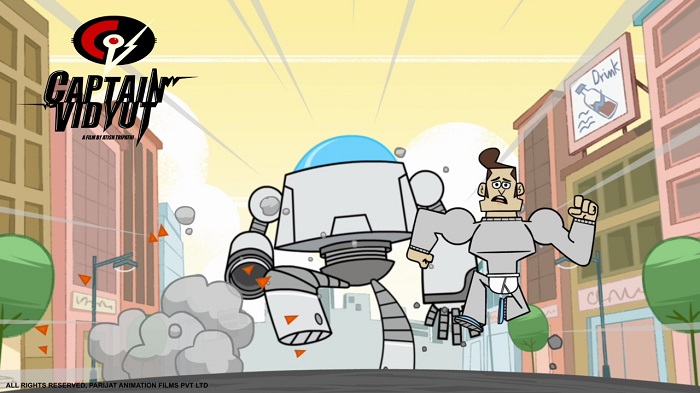 ‘Captain Vidyut’ is about an average, ordinary guy, Vidyut Kumar who is a weakling but desires to be a strong man. One night he is struck by a lightning bolt and he ends up gaining extraordinary superpowers and becomes a superhero. On the other hand, every superhero film is also a supervillain film, and the supervillain, in this case, is Dr Dhakosla. He has discovered the world’s most powerful substance called ‘Tutofutonium’ and he wants to rule over the world with the help of ‘Tutofutonium’. The film explores the transformation of both Vidyut and Dr Dhakosla into a Superhero and Super Villian respectively and how the Superhero is able to thwart the evil plans of the Supervillain in the end.