I just happened to read an online magazine a few weeks back. And the news read something like this…“The curtains came down (virtually) on Sunday evening 6 December at the closing ceremony of the 17th London International Animation Festival, the UK’s largest, longest-running and most eclectic animation festival, as it was beamed into people’s homes across the UK.”

Yes, evolution, exploration, and escalation have been a concerted effort for almost all film festivals and their teams this year. Moving away from the traditional, physical environment of bringing together lively people from across varied geographies, exchange of ideas, thoughts, creative expressions across the table, enjoying the large-screen format delivery and consumption of worlds class films have all changed to an unimaginable experience in terms of execution and impact delivery for the film festivals.

Animation film festivals globally too faced the Covid-19 impact and many have dovetailed their actions into suiting the new normal by creating completely virtual or mixed-format making it phygital festivals for the discerning audience.

Film festivals have always helped in discovering great content, identifying hidden talents, and exploring unusual creative ideas and expressions via films. New directors and great actors often arrive at their celebrityhood through the film discoveries at film festivals. Similarly, the greatest of creative talents express themselves and can make a mark through animation film festivals. 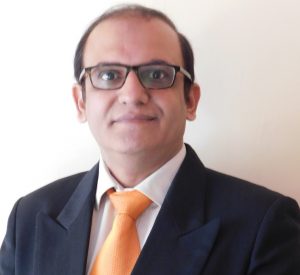 In India, a lot of animation festivals were called off and they ended up becoming covid casualties, however, some of them took to create an offering in the online world through keeping it either totally virtual or delivering in a hybrid format. Some were able to ride on the bandwagon of online opportunities and could create really large scale events.

Technology, today allows one to organise a film festival in an online environment, reach across a diverse pool of filmmakers, seek the content, and enable deliveries from the jury to audiences in a completely virtual fashion.

I have spoken to many festival directors of film festivals across the globe and in India. Some were those, who had successfully leveraged the online opportunity, while some failed to make use of this efficiently and could not deliver good products as they could have done otherwise.

What sets apart any festival is a comprehensive website, creative, communicative, informative, and interactive too if possible, without which a festival won’t even get a public listing on any film submission platform.

Another feather in the cap if your festival receives entries of award-winning films from across the globe, enabling the benchmarking of competition. On one hand, it enhances the image and credibility of your festival, while on another hand it helps in getting the best new films, which compete against award-winners and win. Therefore, your festival becomes a launchpad of passionate creative professionals and filmmakers, who get their due recognition.

Animation has evolved over the last 106 odd years and today it is highly tech-enabled. India has a huge talent, both in terms of storytelling and creating the best animation films, technically. Indian animation festivals to have seen an increasing participation day by day.

Many festivals, that took the route to organise a purely online or even hybrid in 2020 did receive a sizeable number of entries of animation films in their festivals this year too as the industry was among the first ones to adapt and re-orient their efforts towards this new normal.

I am happy to conclude that despite an adverse situation, the creative sparks remained alive ensuring that animation films continue to make their presence in film festivals in India.

(This article is contributed by KidzCINEMA Festival Director Praveen Nagda, and AnimationXpress does not necessarily subscribe to these views).