Year Enders
Another year has passed and it’s time to evaluate how good this year has been for esports. With the rising popularity of gaming and its transition from a hobby into a career, the payouts have been increasing in leaps and bounds. Let’s have a look at how 2017 has been for esports. The year kicked off with three huge announcements in the first quarter. Cobx Gaming revealed their stakes in the industry- Route Mobile co-founder and group CEO Rajdip Gupta, investing $10 million. Following this, Ronnie Screwvala announced his own esports league, UCypher, and his plan of investing roughly $15.8 million in it. Shortly after him, Nazara Games announced their own investment of approx $20 million into Indian esports taking the community by a storm. Following these big announcements, Cobx Gaming spared no time and rolled out their plans for the year by hosting the first exclusive online tournament with a prize pool of Rs. 10 lakhs in April, the highest till date for any online tournament in India. Soon after, ESL India started off with their tournament system, with prize pools of Rs. 10 lakhs in each season, summer, fall and winter. But these aren’t the only tournaments we had this year. We had the Mountain Dew Arena 2.0 and the Taiwan Excellence Cup too, as part of the big leagues and smaller tournaments being hosted by the biggest colleges like IITs and IIMs with lucrative prize pools attracting the best of teams and craziest of fans from around the country. With big numbers like these and popular titles like Dota 2, CS:GO and Clash Royale, it was only a matter of time before the stars of the community started showing their mettle. 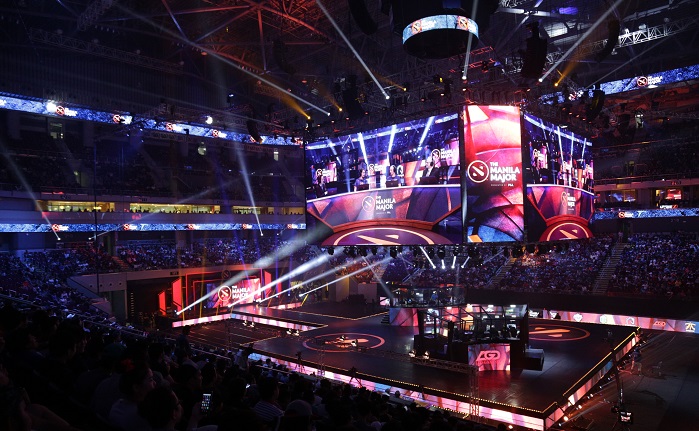 Talking about the stars of the community, the teams have started taking the industry seriously with more bootcamps coming up in various parts of the country. With strict schedules and goals set for the teams, they have been performing to their peak. Some of the teams that have come into the limelight are Signify & ROG Titans in Dota 2 and Entity Gaming & Eternal Esports in CS:GO, and their list of accomplishments keep going on and on.

This year has been good for India in the international circuit as well, where Signify created history by becoming the first Indian team to qualify for a Valve regional qualifier. They have taken up the task of fighting their battles with international professionals and are not pulling their punches. They have also recently qualified for two international events, the World Electronic Sports Games and the Acer Predator league, and are travelling to China and Indonesia in January 2018. We hope to see more Indian teams competing in the international circuit and making India proud. But let’s not forget to mention the key members of our industry who are helping this ecosystem grow. The brands and their interest in esports has helped evolve a niche café based hobby into a serious sports with serious money involved. With the rising number of teams and big brands getting associated with them, we have witnessed one of the best years in esports till date and we can’t wait for 2018 to surprise us. We have high hopes from 2018, with more companies, following the suit of Cobx, Nazara and Ucypher, investing in this industry heavily. With more investments, we are most likely to see more tournaments announced which will give rise to new stars and help solidify their career as a professional gamer. We may also witness the extremely popular game PUBG getting the title of esports as Bluehole is working towards releasing licenses for servers and another RTS game, League of Legends, getting prominence in India. We look forward to these titles being a part of the tournaments in India We would like to see more corporates investing in professional teams and giving them the right tools and training to excel. With proper aid and assistance, we expect these teams to perform better and make the Indian esports circuit more competitive and thrilling. We are going to see more roster shuffles, more teams rising from the dust of 2017 and more teams which are backed by corporates like Cobx and ASUS. In all, 2018 is going to be another entertaining year with the crowd cheering for their favourite teams even louder. (These are purely personal views of Cobx Gaming co-founder and CEO Mujahid Rupani and AnimationXpress.com does not necessarily subscribe to these views)