Year Enders
Games! Lots of them, good ones and great ones, all have been a part of 2017. The industry was quite alive in what is being dubbed as one of the best years for gaming in a decade. From the indie  players  pushing forward in the segment to AAA titles coming out as what they had promised to be, the market grew at a steady pace as well.

Good content however, has been the clear winner throughout the year, which statistically is directly proportional to the revenues.

Before the tinnitus from crackers on New Year fades off, let’s take a look back at 2017 and all things gaming that came with it. The console shimmer 2017 has been a remarkable year for consoles all around. The two major players, Microsoft and Sony both took a non-conventional step of upgrading their existing consoles rather than pushing out a new version outright. However, the biggest player to break the norm this year is undoubtedly Nintendo. With Switch, Nintendo not only resurrected its name as a formidable console player in the industry, but also brought in something different. A portable console which can be played on a monitor or on the go. The company took risks by trying to appeal to its core audience and to the masses as well.  And it paid off.  The consoles made their presence felt as units sold at a rapid clip over the European and American markets. The company announced that more than 4.8 million Switches were sold since the device was introduced in the market in March 2017. As compared to that Sony’s famed PS4, announced that it had sold a total of global lifetime 70.6 million units till 3 December 2017 and Microsoft’s Xbox between 30-40 million in the same period. The Japanese major expects to ship 19 million units by end March 2018 and Switch, 14 million. 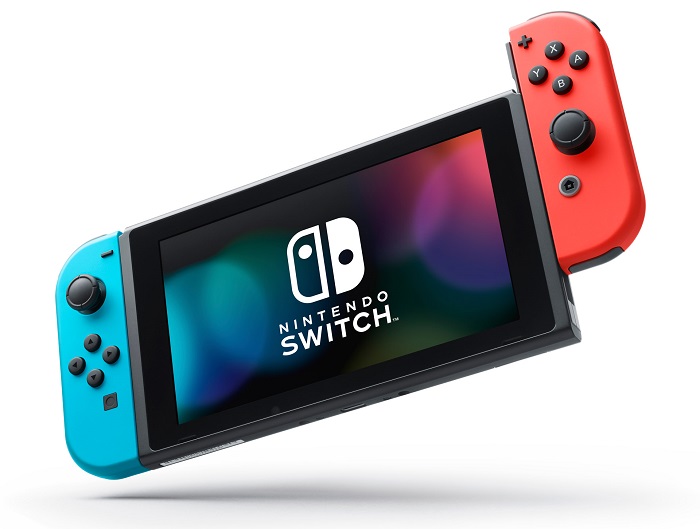 A good year for big titles 2017 has definitely been a good year for AAA titles. Playstation title Call of Duty : WW II shipped 12 million units after its launch in November 2017,  Horizon Zero Dawn 3.4 million from February 2017, Crash Bandicoot and Sane Trilogy – 2.5 million units (from June 2017) Nier: Automata 1.4 million sales (from February 2017) With Switch, Nintendo also rolled out a newly envisioned Zelda game, which went on to win the best game award at The Game Awards 2017, and the company closed its year with a new Mario title.  Nier:Automata, For Honor, Persona, Wolfenstien, Resident Evil: 7 – none of them disappointed the gamers and the critics alike. A mere mod created by an individual became the rage of 2017, Player Unknowns Battleground toppled Dota 2 on Steam to become the highest played game in recent times. Interestingly the game gained its share of the limelight when it was not even completed. Indies sail through It must have been overwhelming for StudioMDHR as Cuphead raked in an unbelievable number of players in just a short time. In a matter of just two weeks, Cuphead broke the one million download line and kept increasing, as Microsoft is not very open about the sales statistics, Steam seemed to be the best option to gauge the charming retro title’s sales. Other notable releases like Outlast 2 by Red Barrels got  critical acclaim selling 200k copies for the PC, which is a bit of a setback, but the console sales made up for it. Valve discontinued its Greenlight service, which had lead way for around 6000 games to be published on the platform of Steam and instead made way for Steam Direct where developers can publish their games directly, with a fee involved.

With wireless broadband data rates in the country being slashed by a considerable amount and with the rise of carrier billing options, India would likely lead the charts in android downloads again. This further boosts the prospects of more downloads and hence monetisation. That explains why major companies are eyeing the Indian market, which is still at a nascent stage. The gaming industry will likely get a boost as we get through the year. Two of the globally known names Yoozoo Games and Riot Games have set up shop in the country with the likes of Tencent to follow suit. NGDC, India’s biggest game developers’ conference brought in attendees from different parts of the globe, while the indigenous crowd remained equally enthusiastic. Unity hosted its inaugural edition of Unite India alongside NGDC this year, and has constantly been hosting workshops and events to cement its name in the Indian market as well. One 2018 will also mark the initial public offering of Nazara Games – one of India’s oldest gaming companies.  The funds it is seeking to raise are in the region of Rs 1,000 crore.

2017 also saw the inclination towards celebrity games. Alia Bhatt: Star Life by Moonfrog Labs and Being Salman and Sachin Saga by JetSynthesys were in the forefront in 2017. Major gaming trends in the country continued to shift towards online casino games, including Teen Patti, while puzzle and Candy Crush-like games heavily dominated mobile screens as well. Sachin Saga Cricket Champions has already raked in two million downloads on Play Store and even has a mobile esports event planned for the same which will culminate at the India Gaming Show, 2018.

However, Ludo was clearly the winner. Period.

It has been a rather refreshing year for indie games in the country. Not one, but titles, primarily built for the PC popped up from UnderDOGS Studios and Noddingheads. Mukti and Raji: An Ancient epic made the audience swarm the studio booths at NGDC. Other outfits have been pushing forward on the mobile front as well. At the AVGC B2B Summit in Bengaluru, indies pitched their projects to international buyers, which received a warm response as well. Nukebox Studios’ Food Truck Chef was received with overwhelming warmth as well. However, in the words of Roach Interactive founder Rahul Sehgal, “The year 2017 will be known as the year of the indiepocalypse, I would bet. My own studio in low gear, I was witness to the fall of the “successful indie game developer Dream” There were way too many games, way too many studios and so many buddies with studios in trouble. On the other hand, there are those indies like Ogre Head Studios that finally proved that it is possible to have a great work ethic, make high-quality games and actually make a living doing that. The mobile scene is very harsh for the minnows in particular. User acquisition is a cutthroat business that requires deep pocket and even deeper smarts, and 90 per cent of us just don’t make the cut. The old indie model doesn’t work at all; the need of the hour is knowledge and application of user analytics. 2018 will be the year when smaller Indian indie studios will make better and better games, but many studios will fall by the wayside.”

The push for online casinos

Internationally, gambling comes under the umbrella term ‘Gaming’ which includes online slots, poker, Rummy and much more. While the apex court of India has already declared Rummy as a game of skill, it is yet to be accepted majorly in the mainstream. With the formation of All India Gaming Federation (AIGF), companies like Deltin Corp in association with the organisation and few others are lobbying to make amendments to the state laws to allow skill based gaming to be practiced. Goa , Sikkim and Nagaland are the only state which are OK with lotteries and gambling as is well known. The Rummy Federation was also recently launched which aims at encouraging and maintaining a sustainable and responsible gaming environment. Monetisation A fair amount of studios already is  or would be looking to shift to a subscription-based model instead of the freemium model. Native advertising and movie-based games as a part of marketing were still very much relevant in 2017. Companies catering to the native advertisement business in games are increasing, steadily as more brands are willing to advertise in game titles. Esports: After the initial season of foreign player influx into Indian teams/organisations, at least two concrete teams have entered the scenario, with formal contracts with their parent organisations. Interestingly, both the teams of Dota 2 settled for all Indian rosters. CS:GO and Dota 2 mostly dominated the scene with a hint of Clash Royale as well. With Riot Games in the country now, 2018 can be expected to showcase some esports action of League of Legends as well. The prize pools significantly increased with a string of major leagues and tournaments like UCypher, Nazara Games’ and Cobx Games’ tournaments coming into the picture. 2018 seems likely to be even more promising, in terms of players and prize money.

With data rates at dirt cheap prices, it will be no surprise if the mobile gaming industry continues to grow. The entry of major international players shows that the yet nascent vertical  is projected to boom, beginning in 2018.

internationally, a lot of good games are lined up for the year and the esports scene looks promising too with the inclusion of another major league by Blizzard and the entry of mainstream entities.