Visual Computing Labs, a division of Tata Elxsi added the VFX to the latest Elf Moto TVC which was conceived & directed by French Director Eric Barbier for OMG Productions.

Eric & Somen (Producer at OMG) came to Tata Elxsi – VCL with a vision to create a man‘s (played by Shahid Kapoor) journey & conquest over a death defying game of “Snakes & Ladders”. Here the task for Tata Elxsi – VCL was to digitally create the world of “Snakes & Ladders” in 3 dimensions, not as a board game but by bringing it to life as a game that could well be the last you played. With huge moving snakes slithering around and path ways running organically through the entire set connected by ladders. The pathways and ladders is what Shahid would skillfully ride his motorcycle on, avoiding the snakes and making his way to the victory podium. 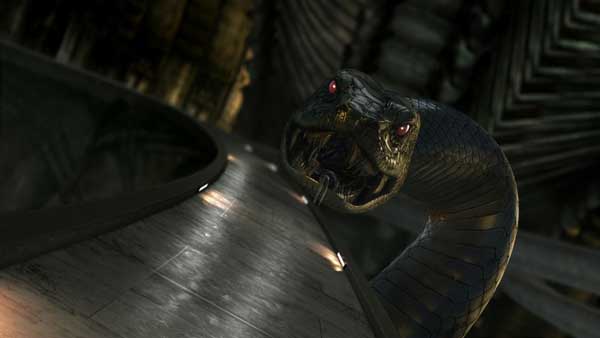 “Taking inspiration from the Swiss surrealist H. R. Giger, the director asked Tata Elxsi – VCL to design an arena. Our in-house concept artists took this forward and came up with a design which after approval from the director and the agency went into a 3D build. VCL supervised the commercial on location which was pretty much entirely shot against a chroma screen. On-set supervision ensured a clean green screen along with enough tracking information to replicate the camera in Maya perfectly”, Pankaj Khandpur, Creative Director, VCL added. 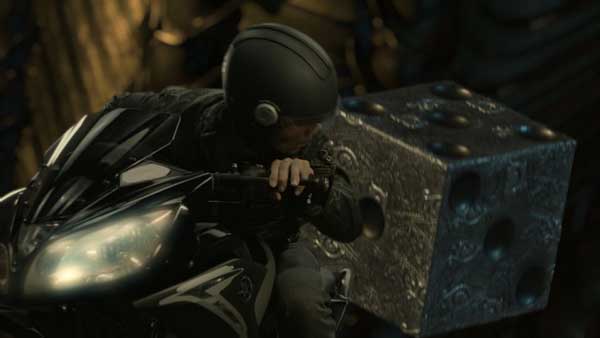 Boujou was used to mimic the cameras and Autodesk Maya was used for creating the set, animation & lighting. ZBrush was used for organic modeling, detailing of the snakes and certain areas of the location. The lighting was meant to be surreal, slightly dark and mysterious. All the shots were rendered using Mental Ray for Maya. 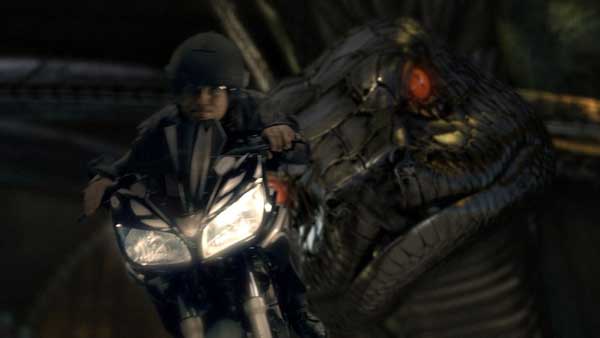 To further add to the element of danger there were “dice” falling from the sky on the path ways, breaking the places as Shahid rides along on them. The rigid body dynamics for the dice and the effects for the dust as the falling dice destroyed the paths were created in Maya. The commercial was composited using Digital Fusion. The entire film completed in just over 4 weeks was finalized on VCL’s Flame suites.