In a country where homegrown content in the science-fiction genre is a rare commodity, JL50 comes as a whiff of fresh air.

Packing a punch with its captivating storytelling, SonyLIV’s original series JL50, which is streaming live now cruised its way to the list of top few homegrown science fiction series.

Directed by Shailendra Vyas, the series stars Abhay Deol, Pankaj Kapur, Piyush Mishra the lead roles. The story opens at the West Bengal’s northeastern hill station Lava, with lush green landscapes; a place where native folk are seen to be playing Bengal’s favourite sport football. They suddenly witness a mysterious incident of a plane crash amidst the lofty Himalayas which leads to a brief CBI intervention later. Viewers are told, this plane, JL50, took off from Calcutta airport 35 years ago and went missing. This came under scrutiny shortly after another flight (AO26) was reported to be hijacked by a terrorist outfit ABA (Azad Bangla Association), demanding the release of their veteran founder, Partho Majumdar. 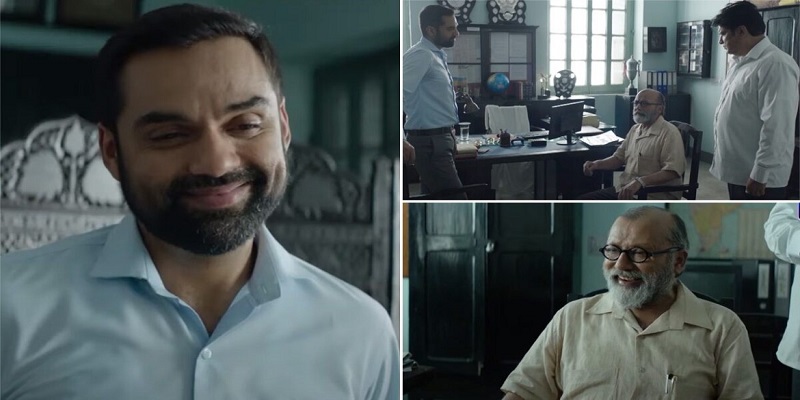 Abhay Deol plays Shantanu, the CBI official in-charge of the mysterious case through facts and figures behind the JL50 case,

He comes across towards the only two survivors from the crash, pilot Bhiu Ghosh (Ritika Anand) and passenger Professor Mitra (Piyush Mishra). His search also leads him to the equivocal Professor Das (Pankaj Kapur), the only member on the flight who had booked a ticket but never boarded it. The series travels around the investigation and the lifting of truth which directed towards the scientific twist of time travel.

One of JL50’s strengths is how it brings a uniquely Indian perspective to the concept of time travel. The show forays into science fiction without trying to genuflect and ape Hollywood. Incorporating the scientific theory of relativity and its assets like a wormhole, spacetime which Hollywood movies like Interstellar, the show sets the context in accurate ways. This earns JL50  the tag of India’s true blue original science fiction feature.

The biggest leap in the series is when it adds a spice of Indian history. This includes emperor Ashoka, his peace treaties back to 263 BC, secret scientific society from Emperor Ashoka’s time, which safeguarded the importance of scientific concepts from those times, such as fantastic aircraft, time travel, alien contact, added the desi Indian history touch. One of the best moments of the show comes when professor Das delivers a speech about the time warp India is caught in, getting in opinions as well. He says we refuse to accept what India has to offer, focussing instead on the ‘mandir-masjid, Hindu-Muslim, andhvishwas’. Emphasising on the need for scientific temperament, he says, “If we spot an object in the sky, we fold our hands and begin worshipping it. We do not ask what, why, how?

Abhay Deol, Pankaj Kapur, Rajesh Sharma, Piyush Mishra performed well but the technical side of the series is noticeably flawed. It seems to have 60 to 70 special effect shots ranging from the picturesque landscape of Lava village to aircraft shadow to the remote punch of Bengal which are all on point but where it went absolutely amateurish was with the CG aircraft which discloses the mystery and the ‘çracked code’ of time travel.

VFX and computer graphics part of the movie, which are usually the cornerstones of every science fiction imagery and JL50 flounders abysmally on those fronts.

The aircraft interior used for the time travel was not up to the mark and it looks bit toyish, and the VFX was below average, however, the storytelling of the series and good performance of the actors seems to have camouflaged the flaw.  The inclusion of different times with an immense number of colour gradation used to create the different time shift was spell-binding. The picturesque Kolkata from 35 years ago was eye-grabbing and fascinating to watch. Since it also dives into the Indian history of Ashoka, it has incorporated period film colour pallets to create the era.

Our final thoughts – JL50 is a fresh mystery-driven science fiction homegrown content worth binging on for this weekend. Definitely there are areas of improvements especially in the special effects but through and through, the series deserves a watch.