Digikore is a new-age creative visual effects studio with a unique delivery model which is guided by dedication to client satisfaction, organized by vertical industry as well as service line.

With a commitment to quality, delivery and communication the studio has over 20 Hollywood films to its credit in the span of three years including global blockbusters Titanic 3D, Ghost Rider: Spirit of Vengeance, Expendables 3, Transformers: Age of Extinction, Chinese Zodiac (CZ12), Don Jon, The Letters and Hangover 3, among others; and is currently working on Vishal Bhradwaj’s Haider due to release on 2 October this year. 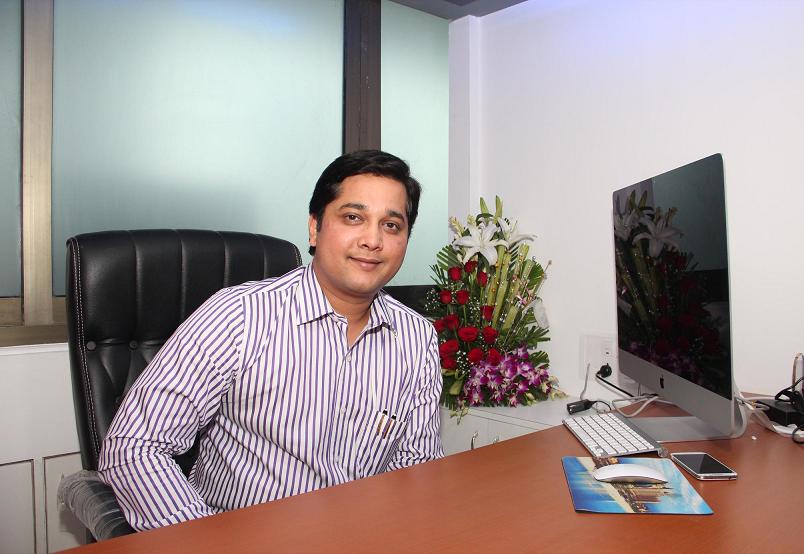 Speaking exclusively to AnimationXpress.com’s Sidharth Iyer, Digikore Studios president and CEO Abhishek More explains the kind of work the studio has been involved in, the projects in hand, associating with some of the biggest names in the Hollywood space and much more.

How long has Digikore Studios been around? What kind of work have you been involved with?

We started Digikore in the year 2000; we primarily started it as a 2D animation studio. From 2000-2005 we mostly worked on international projects including television, advertisements and films where we were only providing 2D services, but unfortunately the market went down at that time. Lots of new studios came up, there was more competition, and people started cutting prices, in short the entire industry suffered. After that we went through a restructuring phase and looked at some newer avenues.

Digikore has also been involved in helping many big comic publishers for over a decade now in creating their comics. It was only three years back that we thought of expanding into VFX for movies and also got in place a great creative team as well. Our, first major breakthrough into the Hollywood space was with the stereoscopic 3D conversion of Titanic and since then we have had the privilege of working on films like Expendables 3, Transformers: Age of Extinction, Blended, Don Jon and a few more.

Last November we decided to also focus on Bollywood and we recently managed to bag Vishal Bhadwaj’s Haider; prior to that we have been indirectly involved with a few more Bollywood films like Dhoom 3 and Shaadi ke side effects but Haider is the big one for us. We have also recently bagged a TV Commercial for a leading Indian Bank.

There are future plans of getting into TV production as well. We have recently hired some top creative talent and are creating some exciting concepts for TV shows. We are also using our Hollywood connections to help us create exceptional content for Indian television.

With three offices, (Los Angeles, Pune and now Mumbai) what kind of work does each studio do? What are the strengths? 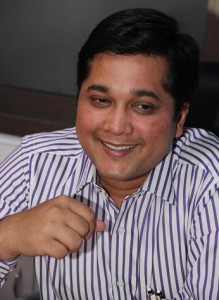 The LA office concentrates mostly on the marketing. We don’t have any creative talent on our rolls in Los Angeles but use a lot of highly talented freelancers based in Los Angeles whenever critical jobs are required to be done. We are planning to get in about 8-10 key creative artists by the end of this year in Los Angeles. Presently we have a highly acclaimed VFX Producer in LA, who has been involved in Films like Harry Potter & Deathly Hallows (Part I & II), The Amazing Spiderman, Looper, Don Jon etc.

Pune was our first studio; Pune is headed by Roopesh Gujar who is the Vice President in the company and who also oversees VFX overall between Mumbai and Pune.

The recent opening of our studio in Mumbai has strengthened Digikore’s already strong delivery pipeline. Mumbai is headed by Rajeev Kumar who is the Head of VFX Production in the company and who also spearheads the Mumbai business and operations.

Our quality is our strength. We have been able to reach so far in this industry in such a short span of time only because of our quality. We are proud to say that we are amongst the best when it comes to delivering quality content. We also have our own proprietary software that we use to help us deliver a superior output.

What’s your strategy to bag new projects in this already overcrowded industry?

Our Hollywood experience and connects with top level VFX talent in Hollywood makes us different. Producers in Bollywood wanting Hollywood quality VFX at a competitive price will now have an option. We can offer Producers in India top quality results using our Hollywood creative talent at a great price. 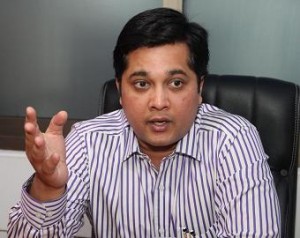 I believe we are very well staffed when it comes to creative talent. It’s all about the trust. At times brand does matter, but as a new studio it’s very difficult to get into the radar of established producers and directors; they have to hear about us from someone, but after doing Haider it does open a door for us to look at really taking things to the next level. Govardhan Vigraham is our creative consultant, who has an extensive experience in VFX and has been involved as a Designer for some great movies of Bollywood like Cocktail, Matru Ki Bijlee ka Mandola, Kaminey, Ek Thi Daayan, Agent Vinod, etc. With him as a part of our structure I’m sure, the company has a lot to achieve in the near future.

What’s holding back the VFX industry in India?

The biggest and most perennial issue is the budget. A Hollywood movie spends nearly $5-$10 million on VFX alone and garners nearly $100 million at the box office but if a typical Bollywood movie spends Rs 5 – Rs 10 crore on VFX, there isn’t any guarantee that it will make Rs 100 crore at the box office; thus the directors and producers are very skeptical of using or spending a lot on VFX.