Latest News Uncategorized
Google had announced that Stadia would be available on non-Pixel devices, including Asus’ ROG Phone and ROG Phone 2. Asus recently announced that it is teaming up with Google to bring Stadia to its next-gen ROG Phone.

Next-gen ROG Phones will come with preloaded Stadia in all participating regions. The partnership covers the following regions—Canada, Belgium, Finland, Denmark, Germany, France, Italy, Ireland, Norway, Netherlands, Sweden, Spain, UK, and the US. The ROG and Stadia partnership will run until 2021. Google has not announced when Stadia will be launched in India. ASUS notes that with Stadia, users can stream the latest games via Wi-Fi directly to any ROG Phone, including the upcoming next-generation ROG Phone, without needing to download them. (Users still need to buy the games.) Stadia supports gaming at up to 4K at 60fps, with HDR and 5.1-channel surround sound support. It’s a good match for the hardware of the ROG Phones. According to ASUS, it cements the position of the ROG Phone as the most desirable gaming phone on the planet. While a lot of this is marketing speak, ASUS did achieve first-mover status here, as competitors such as the Nubia Red Magic series and the Black Shark series haven’t announced any partnerships with Stadia yet. 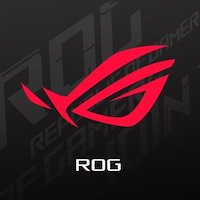 Details about the next ROG Phone are currently limited. The new flagship could most likely come with Qualcomm Snapdragon 865 SoC. It is also expected to have a display that supports 120Hz refresh rate, chamber cooling tech, and at least 6,000mAh battery, similar to ROG Phone 2.