CAKE’s digital arm, Popcorn Digital and Rovio Entertainment Corporation have extended their partnership on the official Angry Birds YouTube channel, which will see Popcorn Digital continue to manage the channel as well as collaborate with Rovio on the development and production of original Angry Birds content. 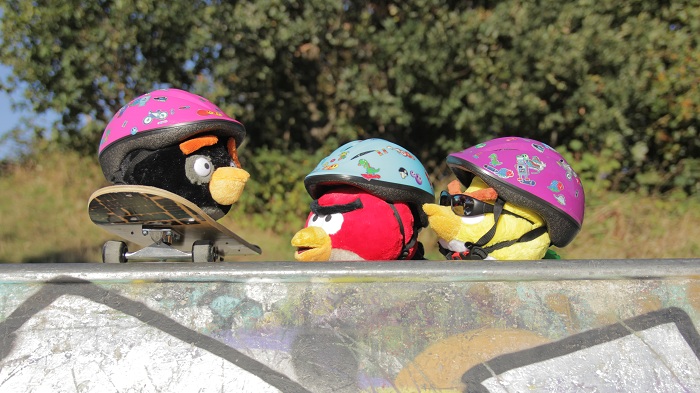 Popcorn Digital, who started working on the Angry Birds YouTube channel in May 2017, has been credited with boosting brand engagement on the already popular channel.

Incorporating the latest digital trends into a pipeline of original content has had a dramatic impact on the channel’s performance, adding over one million subscribers to reach 2.7 million subscribers and averaging more than 115 million minutes of content watched per month over the last year. Popcorn Digital content director Bruna Capozzoli said, “We are thrilled with the tremendous growth the channel has seen over the last year. It’s a huge privilege to work on a prominent, far-reaching brand such as Angry Birds and we are looking forward to partnering with Rovio on developing further YouTube content for 2019.” In addition, Popcorn Digital and Rovio have forged a close relationship with the YouTube Kids app, which ran a feature promotion of Piggy Tales: 4th Street earlier this year. Collaborating on original digital content, Popcorn Digital and Rovio kicked off the summer with the YouTube-exclusive football-themed Angry Birds: BirLd Cup., Launched during the World Cup and produced in partnership with English Premier League’s Everton Football Club, the series featured star players Wayne Rooney, Dominic Calvert-Lewin, Tom Davies and Cenk Tosun as well as young YouTube stars.  Angry Birds – Funny Voice Overs capitalises on digital trends with a series of videos featuring key influencers, who provide hilarious original voice-overs to episodes from the classic non-dialogue TV series Angry Birds Toons. Most recently, Popcorn Digital and Rovio collaborated on Angry Birds: On The Run, a 22-episode family-oriented live-action digital series which launched last month, introducing the adventures of three Angry Birds plushies suddenly cast out of their game and forced to make sense of the human world. New episodes of the comedy series written and directed by Baker Terry of Don’t Hug Me I’m Scared fame premiere every Saturday. Rovio Entertainment head of content licensing Joe Lawson, said, “We are beyond delighted to continue our collaboration with Popcorn Digital. Their creativity, instincts and production savvy have been essential in helping us develop a robust pipeline of original content for the Angry Birds YouTube channel to substantially build our subscriber base and increase brand engagement.” Further original content will be confirmed for 2019, which marks Angry Birds’ 10-year anniversary and the theatrical release in August 2019 of The Angry Birds Movie 2, the sequel to the 2016 hit blockbuster animated feature, from Sony Pictures Entertainment.