Indian audience has been hungering to relatability quotient amid the heavy undercurrents of western culture that Disney cartoons are laden with. Recently Disney Junior greenlighted a new animated series, Mira, Royal Detective, which is inspired by the culture and customs of India. Above all, the series, scheduled to premiere in 2020, will feature most of our favourite American stars. 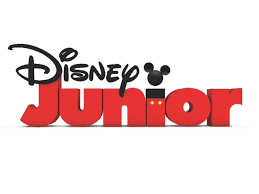 Set in the India-inspired land of Jalpur, the series follows the brave and resourceful Mira, a commoner who is appointed a royal detective after solving a mystery that involves saving the kingdom’s young prince.

As royal detective, Mira travels throughout the kingdom, helping royals and commoners alike. Along with her friend Prince Neel, a talented inventor, creative cousin Priya, and comical mongoose sidekicks Mikku and Chikku, she will stop at nothing to solve a case, taking young viewers on adventures that highlight critical thinking and encourage deductive reasoning.

Pegged as a mystery-adventure series geared towards preschoolers,  Mira, Royal Detective is set in India-inspired land which is rooted in India’s vibrant heritage, each episode will be laced with authentic music, and customs in the 11-minuter series.

Produced by Wild Canary in association with Disney Junior, Mira, Royal Detective is executive produced by Sascha Paladino. The series was developed by Becca Topol, who also serves as story editor.