One of the most iconic global film franchises – Transformers is back this year with Transformers – Age of Extinction that is the perfect amalgamation of drama, emotions and high octane action. Star lined with Mark Wahlberg, who plays the role of a single dad raising his daughter – Nicola Peltz, this blockbuster is directed by the legendary Michael Bay.

Aiming to bring viewers a step closer to their favourite hero – Optimus Prime, the makers have made a whopping 12-foot high statue that weighs about 300kg. Warrior, fearless and righteous – Optimus Prime is the ultimate leader of the Autobots who are constantly raging wars against a rival faction of robots called the Decepticons. 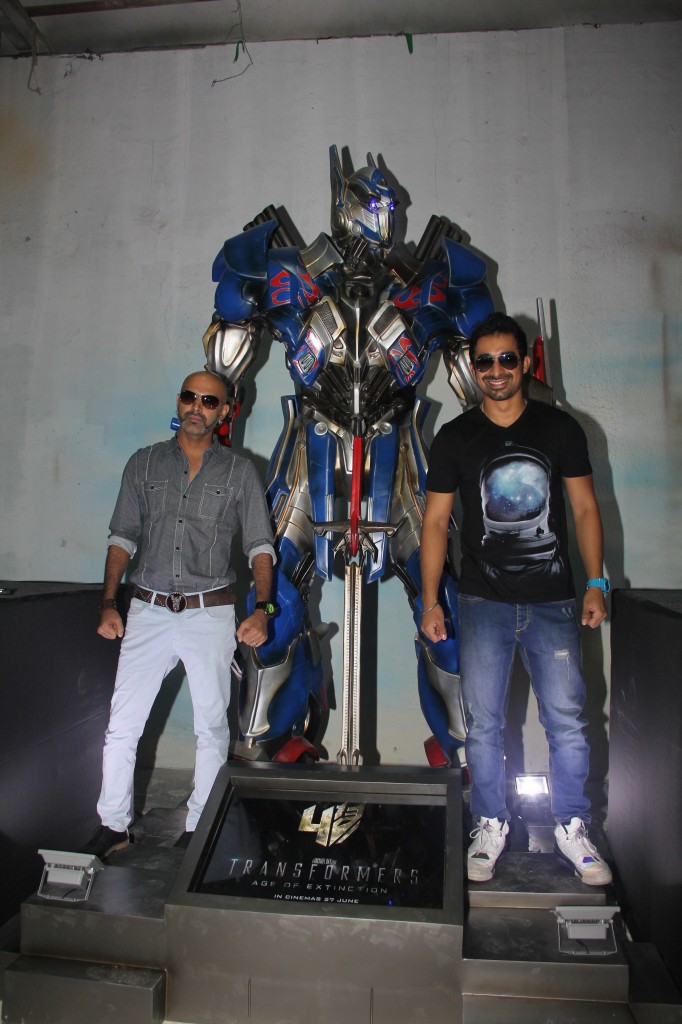 Under a special license from Hasbro (American multinational that is one of the largest toy makers in the world), this figurine is made to exact design specifications. The viewing experience of thiscomplexfigurine has been enhanced by intricate lighting. Encased in a special package,a dedicated container has been hired to transport the robot locally around India. Optimus Prime will tour 6 cities,starting with Puneand eventually making his way to Mumbai, Delhi, Bangalore, Chennai, and Hyderabad.

In a bid to capitalize on this diehard devotion that fans have for Optimus Prime, Viacom18 Motion Pictures initiated a digital contest across social media. Fans were asked 3 simple questions and the winners of the same will be gratified with an opportunity to click a selfie with this mammoth figurine in their city and also attend an exclusive fan screening to watch the film before the rest of the world.

Distributed by Viacom18 Motion Pictures in India, “Transformers: Age of Extinction” will be released on June 27, 2014.