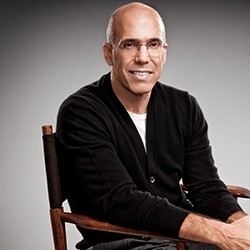 DreamWorks Animation’s CEO Jeffrey Katzenberg made heads turn recently at the Cannes Lions, as he stuck his neck out and stated that the online video streaming giant -YouTube – will become the dominant platform in which media will be consumed in half a decade, dwarfing current television giants.

Katzenberg went onto describe YouTube as a fantastic platform for studios to discover new talent and encouraged more companies to seriously think of investing in the platform beginning now.

According to DWA’s top boss, YouTube allows anyone to tell their stories and there is no big barrier that’s holding back content creators and owners from entering this realm of freely available content.

He rightly explained how content that’s created for the mobile platform becomes a much more personal experience for the consumer and allows one to get sucked into the lives of different people and really transform into an immersive experience.

Discussing the new channel for kids, Dreamworks TV, which will distribute over 15,000 hours of content for kids across YouTube, Katzenberg stated that he was very excited to bring his company into a more consumable platform – especially for kids

He further went onto explain that according to recent studies – kids were consuming television, firstly through Netflix and then YouTube, conventional channels were much further down the list.

“YouTube has established a foundation that will in five years be the biggest most valuable media platform by far and there will not be anything remotely close to it,” said Katzenberg. “They have created the bottom of the pyramid and over these next few years we’ll watch the pyramid grow. The advertising community must get in there today on the ground floor and experiment – just the way we are.”