Zodiak Kids has announced that Extreme Football, the CGI animated series produced by Tele Images Productions, has been sold to raft of territories ahead of the 2014 World Cup.

New agreements have been concluded with broadcasters in the UK, Israel, India, Finland and China.

In Israel, Extreme Football has already kicked off on Talit (Junior Channel) where the show launched on 8 June.

In China, Extreme Football will be available on the highly popular youth VOD platforms IQiYi, Tencent and Youku throughout the World Cup.  Nickelodeon India has also acquired Extreme Football and will launch the series shortly after the competition ends in August.

Extreme Football will make its UK debut on BBC Alba in early July and will air on MTV Oy Finland later this year.

In France, Extreme Football is currently airing on public channel France 3 and ranks as the channel’s #1 new kids’ show of the year. 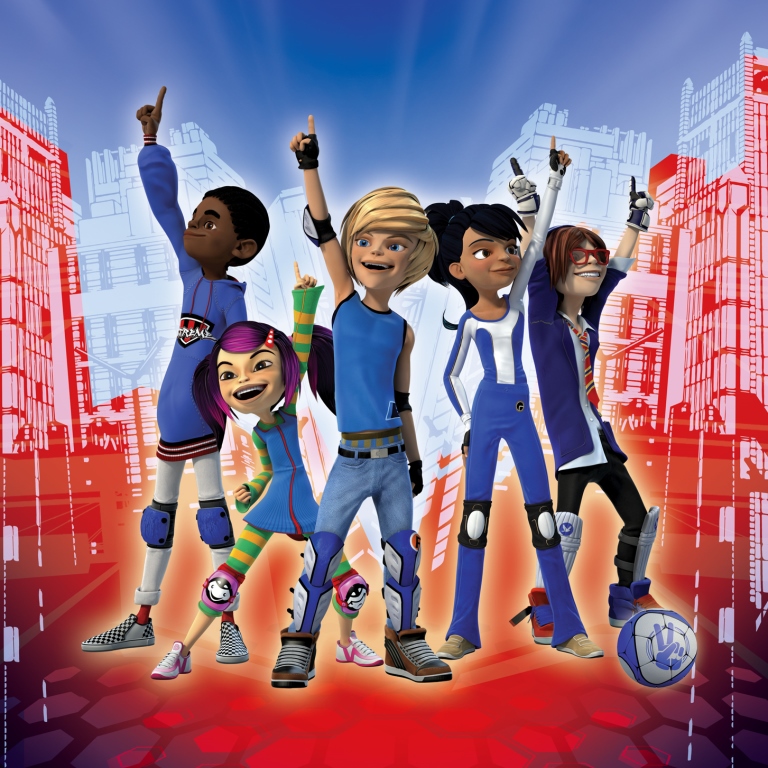 Fans of the series and extreme football alike can now also download the dedicated app designed by Happy Blue Fish on iOs and android devices in France. In Extreme Football Runner, the player needs to help Samy race his opponents and overcome a series of hurdles whether in a parking lot, outdoors, on a construction site or in a greenhouse.

Extreme Football is an urban spin off of traditional five-a-side incorporating elements of free running and acrobatics. Created by and for children, as soon as Samy discovers it he is determined to captain a team. He sets about recruiting his closest friend Greg and Mediterranean girl Ines as defenders, quick-witted Luna as the star striker and hyperactive Joey as goalkeeper. Together they form The Team. Competing in a shopping mall still under construction, rivalries are based on players’ dedication to creativity, craft and skill. The Team’s sworn enemies are The Dark Sides, who use dirty tactics – provocation, trickery and hoaxes. Trained by Samy’s stepbrother Tag, can The Team win with style?