Will Smith is all set to transform into the beloved Genie in the much anticipated live action remake of Disney’s Aladdin. Smith tapped into the eccentric character as he put on a lively display alongside co-stars Naomi Scott (Power Rangers) and Mena Massoud at a gala screening for the film, held at Paris. 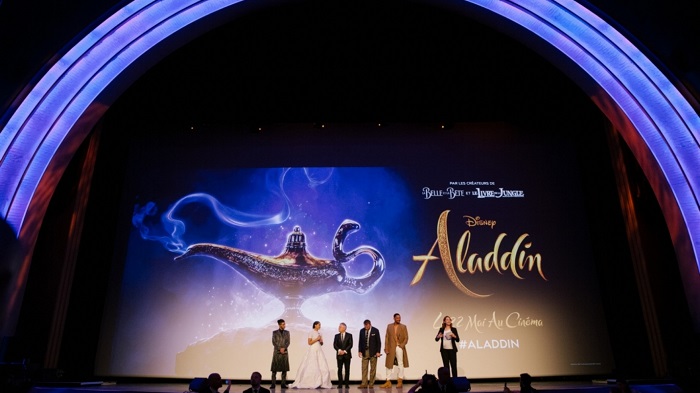 Disney India is all set to take local audiences on a magical journey to a whole new world this summer. The animated version that had taken the world by storm in 1992 has established a legendary status amongst fans, especially with its blockbuster music. Now, with the re-imagination of the timeless songs, melodious music, classic romance and spellbinding magic Disney’s Aladdin promises to be a perfect entertainer again.

Aladdin is the exciting tale of the charming street rat Aladdin, the courageous and self-determined Princess Jasmine and the Genie who may be the key to their future.

Directed by Guy Ritchie, the film stars Smith as the larger-than-life Genie, Massoud as the charming scoundrel Aladdin, Scott as Jasmine, the beautiful, self-determined princess and Marwan Kenzari as Jafar, the powerful sorcerer.

Aladdin, a thrilling and vibrant live-action adaptation of the most-loved animated classic flies into theatres in India on 24 May 2019 in English, Hindi, Tamil and Telugu.