Warner Bros’ ‘It: Chapter Two’ is ramping up to begin production 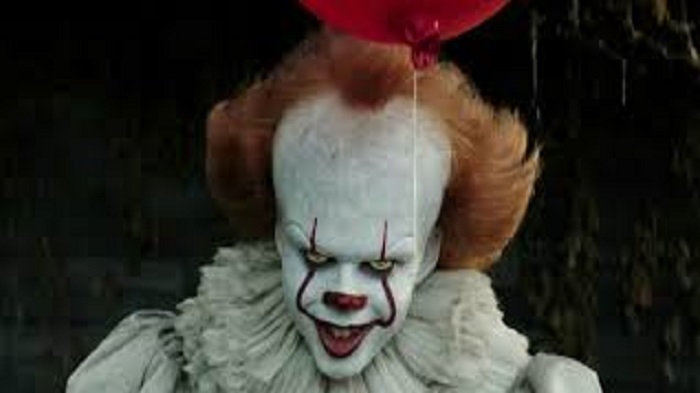 The sequel of Warner Bros’ film It: Chapter One, 2017’s horror hit which is an adaptation to Stephen King novel, is started with production. The It: Chapter One earned a record-breaking sum of $700 million worldwide. Hoping that it manages to play the same magic on its fans once again.

Gary Dauberman will pen down the screenplay of chapter 2. The film is expected to be directed by Andy Muschietti and stars Bill Skarsgård as Pennywise, Jessica Chastain as Beverly Marsh, Jay Ryan as Ben Hanscom, Isaiah Mustafa as Mike Hanlon, Bill Hader as Richie Tozier, James Ransone as Eddie Kaspbrak, and Andy Bean as Stanley Uris. The adult Bill Denbrough will be played by James McAvoy. It’s no surprise to all that the studio tried to retain its original team as much as possible.

Visual effects were supervised by Nicholas Brooks and the visual effects company Rodeo FX. Amalgamated Dynamics had worked on the special makeup effects. No disclosure for VFX team for It: Chapter Two.

James McAvoy announced firstly on Instagram with a fun-intended joke where he holds a piece of laughing Cow cheese with a caption which goes as: 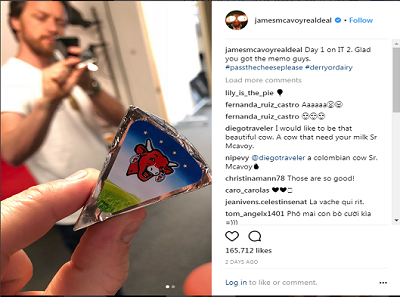 There is an addition of two more characters in the series, Xavier Dolan (Tom at the Farm) will play Adrian Mellon, a minor gay character who is harassed by the homophobic townsfolk of Derry and ultimately meets face-to-face with Pennywise. Will Beinbrink (Queen of the South) will play Tom Rogan, Beverly’s abusive boyfriend.