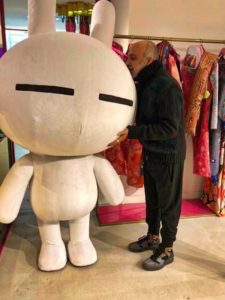 “WarnerMedia’s trendsetting emoji Tuzki is finally coming to India. The creative collaboration with Manish Arora sets the tone for Tuzki’s grand entry into the Indian shores after his international debut at Paris Fashion Week last year and most recently on the world’s tallest building. We are certain that India will love and embrace Tuzki’s unique style, which expands way beyond the realm of fashion. Stay tuned for many more collaborations and partnerships,” said Cartoon Network Enterprises- Asia Pacific VP Vikram Sharma.

The new range follows the launch of Arora’s ‘One Day in Paris’ collection which was inspired by Tuzki enjoying Parisian life, flying on an airplane, meditating below the Eiffel Tower and chilling in his room with a glass of wine. Combining the designer’s quintessential embroidery and love for colours, the vibrant collection includes t-shirts, dresses, jackets, pants, sweatshirts and accessories like backpacks, pouches and clutch bags.

Arora said, “When the opportunity to create a Tuzki-inspired collection presented itself, I jumped at it right away as I am a huge fan. It was a real adventure, since the creative possibilities are just endless. Tuzki has universal appeal and I can’t wait for India to experience this collection on KOOVS.” 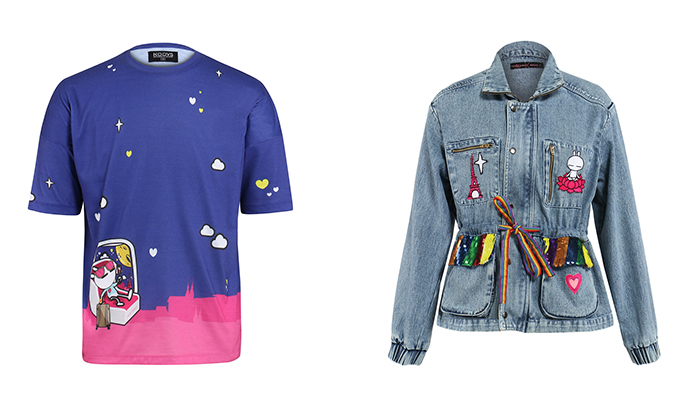 Tuzki was born in 2006 and is known for expressing various moods in fun, relatable and humorous movements, instantly making a connection with everyone. He amasses millions of shares every day on messaging platforms like WeChat and appeared this month on the world’s tallest building – the Burj Khalifa. He has his own themed restaurant and Tuzki is also a TV star in China.