After the success of ‘Antique Mysteries: Secrets of Howard’s Mansion’ on bigfish games Tuttifrutti Interactive is soon releasing its new adventure thriller game Darkarta: Quest for your lil honey. The game received 2nd prize in “Best in show: Audience Award”, at Casual Connect held in Singapore recently. The game was loved by the Casual Connect audience from among 83 games around the globe. Strong interest was developed for the game by market leaders including India. The game was selected to Indie Showcase, San Francisco as one among the promising 100 games in 2014.

“For the past 16 months, with a team of 10 and collective expertise of over 60 years we worked on our dream project Darkarta”, reveals Ajish G Habib while speaking to AnimationXpress.com. The team members who worked on the project were Bijish G Habib, Anil Kumar, Naushad Ali, Justin Xavier, Shashank Mishra, Aysha Ansiya, Sreelakshmy, Ranish Babu, Yann van der cruyssen and Ajish himself. 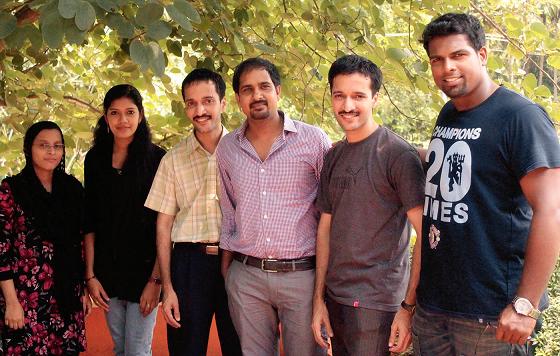 The game is about a mother’s epic journey in search of her lost daughter to Netherworld, an exotic unexplored world – to the forgotten civlization of Indus Valley. Being an adventure point and click genre game it has eight immersive fantasy levels and a bonus level too. Ajish adds: “The game has a touching fantasy fictional storyline which is inspired from Indian epics. The theme of the game has been given a dark fantasy, black magic and fiction story line. Our target is the adventure loving audience.”

Music has been designed by French musician Yann vann der Cruyssen. To his credit he has earlier given music for the award winning critically acclaimed game ‘Knytt Stories’.

When asked about the technology used for creating and designing the game play Ajish expounds: “We developed our game using a cross platform game technology and are experimenting with lots of latest tools available in the market to deliver cutting edge results.”

The game will have Windows (PC)/Mac/iPad/iPhone and Android builds. Koji Toda (Sony’s Japan Asia Director) offered to publish the game for Play station during the award ceremony. The game will be a premium game with free one hour trial version. PC/Mac & iPad version will be distributed through bigfish games. Discussions are underway with leading app publishers in the market for iOS and Android platforms.