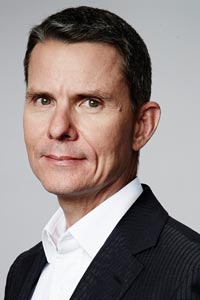 Turner International Asia Pacific continues its restructuring activities; this time around its good news for Phil Nelson, who has been appointed as Sr. VP and MD, Southeast Asia Pacific and North Asia.

Previously responsible for strategic planning and North Asia, Nelson now has operational oversight for the commercial functions of Turner’s business in Southeast Asia Pacific in addition to Japan and Korea. Reporting into him from these three regional areas are Tom Perry, Ron Lee and Robi Stanton, respectively.

Commenting on this elevation, Asia Pacific president Ricky Ow said in a press statement: “In his new role, I am certain Phil will enable us to optimise our brands and operational efficiency. With his experience of the media business in Asia Pacific, Phil’s role at the heart of Turner’s commercial operations will undoubtedly put us in a stronger position for future growth. His expanded remit will allow us to identify even more new opportunities across the region.”

Nelson joined Turner Asia Pacific in 2010 as the head of business development responsible for business and corporate development as well as strategic planning across all Tuner businesses throughout Asia. In 2013, his role was expanded to include the North Asia business.

Prior to joining Turner, he was MD of AOL Asia, based in India and responsible for the digital pioneer’s business and operations throughout the region. Previous positions with AOL included GM, AOL India and various executive positions in programming, technologies and finance based in AOL’s US headquarters.

Before entering the corporate sector, Nelson was a commander in the US Navy and was stationed throughout the world including Japan, the Middle East and Washington DC. Nelson holds an MBA from Harvard University. He was born in Singapore and has spent most of his life in Asia.