The folks at 9 Story Entertainment have reason to rejoice and why not; the company recently licensed Slap Happy Cartoons’ animated comedy, Nerds and Monsters to CITV. The UK children’s channel premiered the show in April as part of its weekday afternoon line-up. Nerds and Monsters was previously licensed to ABC TV Australia and premiered in March on YTV in Canada.

Nerds and Monsters revolves around three nerdy kids and a thick-headed football star stuck on a fantastic uncharted island. The tween castaways must use nothing but their smarts to survive the relentless attacks by the island’s inhabitants – a tribe of hideous but hilarious monsters. 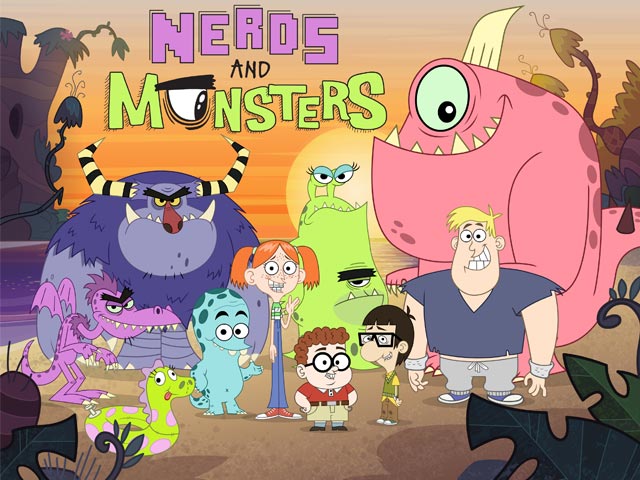 Slap Happy Cartoons, founded by top animation professionals Kathy Rocchio, Greg Sullivan, Josh Mepham and Vito Viscomi, has offices in Vancouver, B.C. and Los Angeles, Calif. The studio works with a global base of clients, which include development partners Comedy Central, Kids WB!, DHX Media, Canucks Sports and Entertainment, and Disney XD. With a wealth of experience from working on award-winning animation productions, the founders launched Slap Happy Cartoons to realise their shared vision and passion for creating original, funny – and sometimes twisted – cartoons for both kids and adults.

9 Story Entertainment is one of the industry’s leading creators, producers and distributors of award-winning animated and live-action content for young audiences around the world.  With one of North America’s largest animation studios based in Toronto, 9 Story has over 200 creative and production staff, and has produced over 800 half hours of quality children’s and family programming, seen on some of the most respected children’s channels around the world across multiple platforms.  The company’s distribution arm 9 Story Enterprises represents a growing catalogue which includes several beloved brands such as Arthur, Wibbly Pig, Harriet the Spy: Blog Wars, Wild Kratts and Almost Naked Animals in addition to exciting new series such as Numb Chucks, Camp Lakebottom, Cache Craze, Daniel Tiger’s Neighbourhood and Nerds and Monsters.

The company recently also acquired CCI Kids, the family content division of CCI Entertainment, increasing 9 Story’s portfolio to over 1600 half hours of content with popular shows such as Guess How Much I Love You, Joe & Jack, Artzooka! and Extreme Babysitting.