Gaming community in India has grown and how! Day two of IndiaJoy 2019 marked the largest congregation of the India’s gaming community where experts from around the world jetted down to the city of Hyderabad and showered the attendees with valuable insights about the popular games.

Whilst InfluencerCon saw a spate of India’s most popular youtubers and instagrammers grace the dias over panel discussions, fireside chats and presentations, the venue reverberated with gaming events packing exciting competitions which were held against the backdrop of large LED screens.

What became the highlight of the day was India’s Game Development Conference 2019 sessions that dominated the mammoth festival with its stunning offerings, marking the most significant one held in the entire South Asia. With an aim to play a key role in galvanizing the gaming ecosystem, IGDC managed to bring under one roof gaming experts and developers from a variety of national and international studios.

The gaming industry has only grown at the speed of light and by leaps and bounds over the years. To give a sense of the ebbs and flows of the market and curate the relevant points of discussions, the conference was divided into six sections in reverence of gaming business, game design, game art, the technology used in gaming, applied games and gaming career. 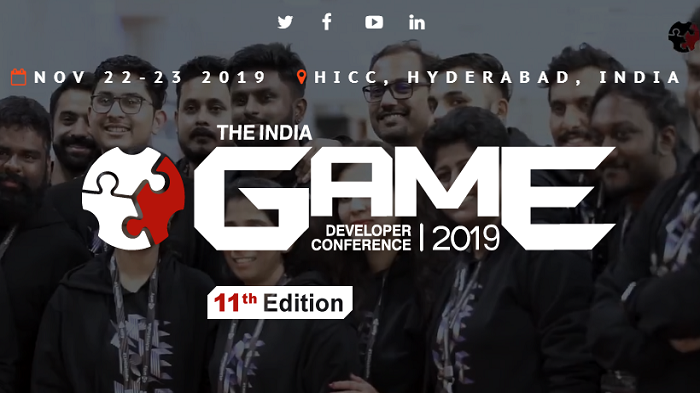 From the design perspective, Jay powell owner The Jay powell company spoke about the strategies for finding good partners for your company. He alluded to the importance of choosing partners creatively and making sure that we understand our aims when we set out to develop a game IP.

India Market Status Quo Panel saw Google’s Shubh Malhotra, MPL Gaming’s P R Rajendaran, Nextwave Multimedia’s Vikash Jaiswal and Gametion’s Vaishnavi P discuss the various facets of the market. They spoke about the current scenario of the gaming industry in India and where we are headed. The recurring theme across all sessions was the fact that India’s gaming community is rapidly growing.

From the business panel we saw seven elements of Hyper casual gaming success being discussed by Crazy Labs’ Shai Sasson. Both the halls reserved for gaming saw throngs of attendees with a glimmer in their eyes for the ongoing evolution of the gaming industry unfolding before them. When one speaks of the gaming fever afflicting key players across the globe, Bollywood is no exception. Renowned filmmaker and actor Arbaz Khan graced the platform with showcase the Game titled Rogue Heist he has invested in.

Jason Keyser from Riot Games discussed the nuances and intricacies of visual effects in gaming. Imangi Studios CEO Walter Devins spoke extensively about the importance of mindfulness and various challenges and bugs that afflicted their game Temple Run and how they got over them. He also announced the upcoming Temple Run 4 game that is going to hit the stores this year. He said that India has always been a big market for his game.

IGDC saw great enthusiasm amongst the attendees and speakers alike, making it one of the most noteworthy set of sessions that furnish an educated perspective on gaming in India.