Founded in 2016 by Pridhee Kapoor Gupta, T4Tales is reviving the magic of Indian stories in a whole new format of interactive books in Indian languages. T4Tales has a total of four books till date which includes Gol Mol Bol, Das din, Kahaani Puraani, Chuglubugloo. The company launched Das Din in Tamil (Patthu Natkal) today on Amazon India and will soon be bringing out other books in other languages. 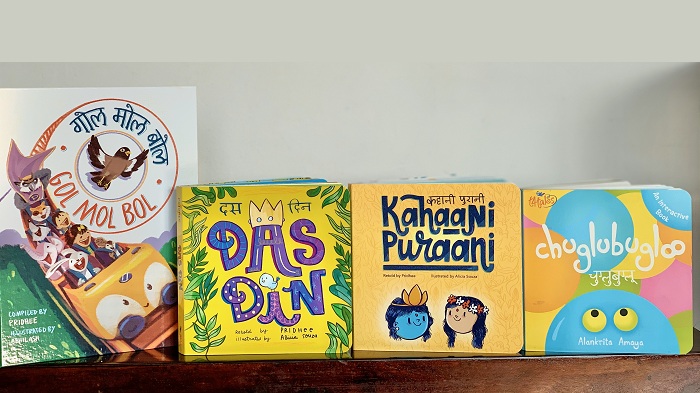 Three of them are exclusively penned by Gupta and two are illustrated by comic artist Alicia Souza. One book has been authored and illustrated by Alankrita Amaya, who has also worked with publishing houses like Tulika and Pratham. T4Tales was started by Gupta with an aim to help Indian parents living in India and abroad, introduce Indian languages to children in their early years.

Gupta is a trained molecular biologist with a PhD from Germany, has an undergraduate and masters degree from IIT-Delhi, and have taught at Macquarie University, Australia. Currently she teaches at EtonHouse International School Broadrick in Singapore. “In my journey as a first time parent, I quickly realised that there were not enough interactive and board books in Indian languages  to read to my toddler. I could find an abundance of English interactive books but not enough in my own mother tongue! This was the genesis for T4Tales,” said she.

T4Tales’ target audience is global and they cater to Indians living anywhere in the world, from the USA, the UK, Australia, South Africa, to India, who intend to teach the next generation (their children or a relative’s/ friend’s child) any Indian language. 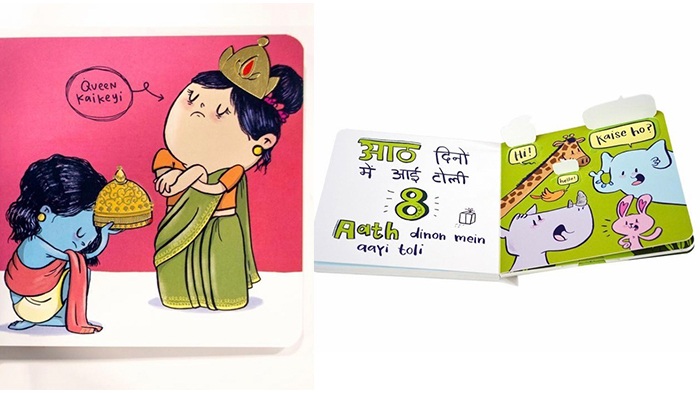 The concept of storytelling was once an essential part of a child’s growing up years. A lot has changed over the last few decades due to increased use of technology and children are rarely exposed to stories in vernacular languages. “Started with an aim to capture and keep alive the verses and stories that are unique to our Indian languages, we pique the curiosity of young minds to a new language at the most absorbent age,” added Gupta.

Gupta feels lucky that people have willingly offered their help, time and money to support the initiative! She is glad to have had the amazing opportunity to learn from other women entrepreneurs. “I have slowly managed to cultivate a small but good network of fellow women entrepreneurs who have faced or face similar challenges as T4Tales, and are willing to share lessons!” she concluded.

Gupta feels that the interactive books can help improve a child’s vocabulary, listening skills and imagination avoiding overexposure to displays. We would definitely want to see more Indian stories retold, in many other regional languages.