About : We are the first Indian animation studio that creates anime, or 2D hand-drawn animation in the art-style of Japanese manga comics, wholly independent of foreign collaboration. We believe in telling powerful stories through the medium of animation, and design original entertainment that can be enjoyed by teens and young adults.

Projects : Karmachakra: Episode Zero, an 80-minute film is our debut project under this freshly-formed studio, expected to finish production in mid-2020. 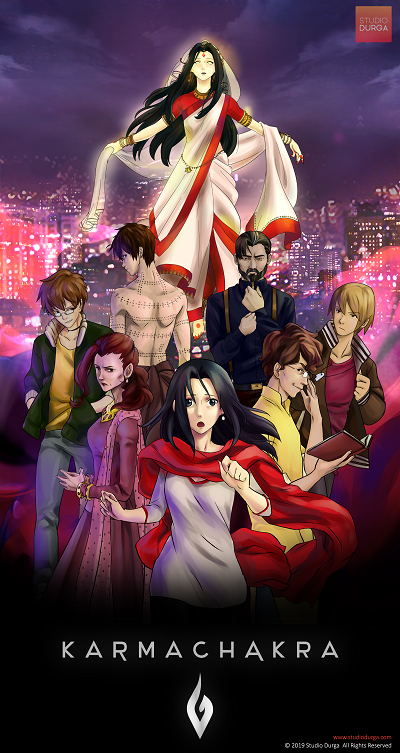 1. What are the current trends you’re seeing in the Indian Animation space?

As the cultural materialists would say, artists and their art cannot happen if they do not have a stable and abundant financial background. In today’s world market however, economic strata has more to do with the league of university you end up going to rather than the brand value of the company you are likely to work for. In other words, not only is there a disparity between your qualifications and your acceptance in a certain firm, largely dependent on the job market, but also a widely observable break between your institution of training and your actual skills, largely dependent on yourself. So in the world of free information, there are many ways to subvert the system, some of which can, in a freak chance, prove to be eventually profitable.

Within this market, India has two distinct spaces. When it comes to animation, there is the corporate framework that primarily churns out kids’ content, either for the Indian audience or for foreign companies. That’s the money-raker, even in markets where there is a sufficiently developed parallel non-kids market, such as Japan’s. Alongside, there are independent small-businesses like ours, and there are quite a few, who are putting Indian animation on the world map in a way different than the corporates by taking the pains to showcase a broader and more evolved original animated product, which may or may not eventually be of interest for the buyers/distributors to license or promote, and largely depends on when (and if) they aware of its potential and foresee its commercial viability. Both the art style and variety of stories within Japanese anime have a wide appeal in the Indian animation fan base, which includes us, and so we decided to go for the same.

2. What are the challenges in this ecosystem?

There is a certain break between what we’ve grown up to admire about foreign entertainment and how most of us (are widely conditioned to) conduct ourselves in the Indian creatives industry. Broadly speaking, the socio-economic movements of say the US, UK or Japan, are both chronologically and essentially different from those in India’s history. So both the Indian market and the (nascent) ecosystem work differently for people trying to pursue creatives in a fashion other than the style of mainstream media, and more so when the work contains a certain level of integrity in terms of global aesthetic trends or emotional maturity. Simply put, there is an alienation that is felt by many creators similar to us, many of whom hope to escape it by altogether abandoning the thought of working in India and for the Indian audience. Then again, it’s the age of the internet and of a radically aware and up-to-date global audience, including Indians. It would be a waste to not leverage this phenomenon, and it’s one of the reasons why we went social although the project isn’t funded yet. 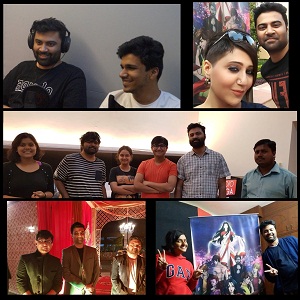 We’ve found it extremely difficult to find people with the specific skills for this project, mostly due to the lack of inclination or need to flex the muscle given the nearly non-existent scope for 2D hand-drawn animation within India for people who want to make a livelihood out of it. Besides, our product was rejected by Indian agents/aggregators (we couldn’t contact the platforms directly) who sell to every major broadcasting/OTT platform, for fear that it will be a financial failure with the Indian audience because it does not contain titillation, graphic violence, oversimplified plots and other massy elements, although they were thrilled with the quality of the product and praised us for following international benchmarks in animation. Apart from humongous production efforts that all of us at the studio share, also being the producer who has invested money in the production of this movie (I don’t like when anybody works free for me) since day 1 more than two years ago, and not having made a single penny from it till date, I have realized well that there is no other way this could have been done. Pre-destination and free will have become two sides of the same coin, and so ‘motivation’ has proved to hold little significance to me.

Don’t wait for things to change, and don’t compromise or settle for less. If it’s anime or manga you want to eventually make, refine your skills towards that direction, instead of getting stuck with something you are not really into. The ‘odd-jobs phase’ is important for you to understand how the market runs and realize the value of money within it, but it shouldn’t be the arbiter of your entire career. It’s not necessary for everybody to take the path of most resistance that we have taken and create content like this within India, there is a lot of scope abroad, so if you feel you will blossom and flourish better, go ahead and do that. Almost every creative product out there has taken years of dedication and hard work on part of the creators to make it what it is, and an unbelievably long process to bring it to you. Respect that journey, and continue to try and fail, because it’s really all you can do. Don’t compete with others, compete with yourself. Build momentum.