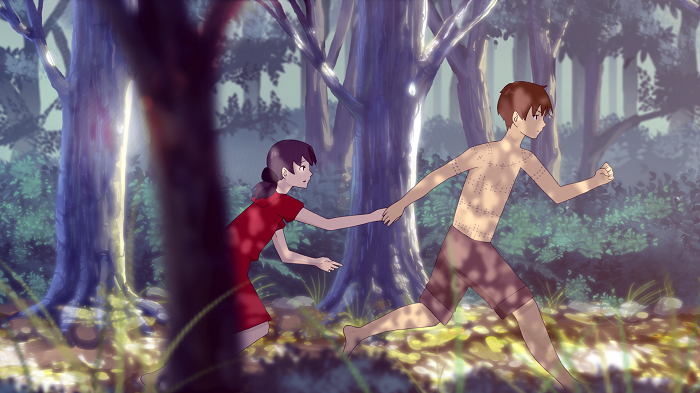 The new year has just begun and Studio Durga has gifts planned for us! After receiving rave reviews and applauding feedback from the anime fans all around the country for Karmachakra mini series, the studio took to their social media platforms to make the announcements.

Lately, they revealed to be coming up with new song releases, mini finale parts one and two and shots breakdown. Till date the episodes they have released out to the public, have got encouragement and support in the form of #ApnaAnime. Karmachakra revolves around an orphan girl trying to find her roots, revolving around mysteries about her past and present. A mystery drama set in a fictional present-day India that draws inspiration from psychology, mythology, and cyber-technology. Studio Durga founder and CEO Rajorshi Basu told Animation Xpress, “We, at Studio Durga have been quiet for for sometime for a reason. As per fan demands, we have announced to unveil the much-requested and awaited Opening Song music video of the Karmachakra on 11 January, Saturday. It’ll be accompanied with first fanart contest for Karmachakra fans for which character designs have been uploaded on our website which will continue to update throughout this week.” Karmachakra is currently under production and is expected to be completed by mid 2020.