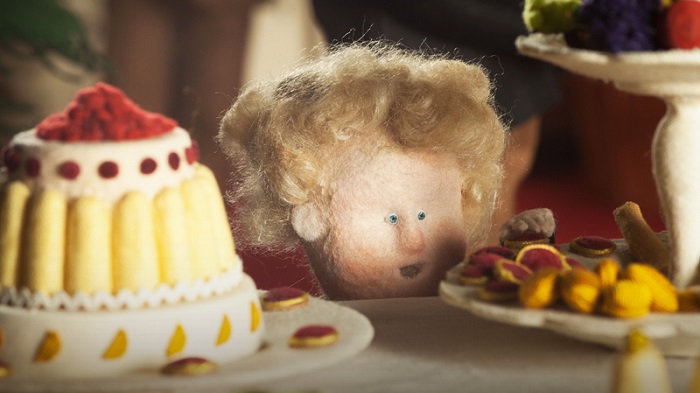 For the fans of independent animation in Los Angeles, here’s an event you cannot afford to miss: GKIDS is bringing directorial duo Marc James Roels and Emma de Swaef’s This Magnificent Cake! to the city on 1 March 2019 at the Laemmle Glendale.

Theatrical screenings will be accompanied by the short films The Burden (2017) from Swedish director Niki Lindroth von Bahr and Oh Willy… (2012), the first short film by Roels and de Swaef.

The award-winning stop-motion animated This Magnificent Cake! produced by Belgium’s Beast Animation, is a mid-length feature set in the late nineteenth century in the bitter milieu of Belgium-occupied Congo.

Keen to compete with other European imperial powers on the continent at the time, then-King Leopold II of Belgium proclaimed, “I do not want to miss a good chance of getting us a slice of this magnificent African cake.”