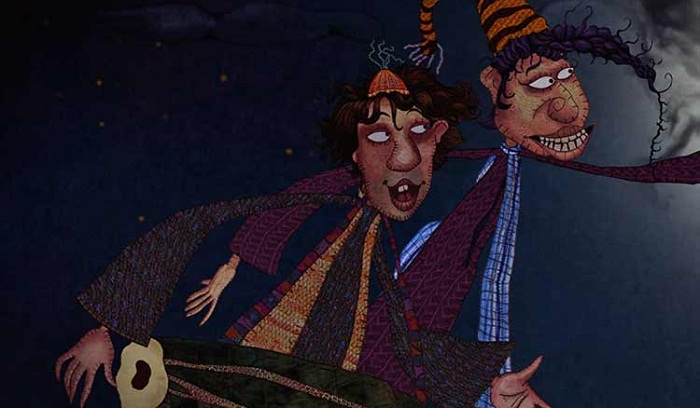 Written by Upendrakishore Ray Chowdhury, and immortalised on silver screen by Satyajit Ray, Goopi Byne Baagha Byne holds a special place in the vast canvas of Indian cinema with its unique storytelling and smart execution.

The film has survived time and boundaries to attain the stature of a cult classic and remained one of the favourite films to fall back on, in the kids genre, though it has catered to all age groups alike with equal charm and effect.

Now with its animated take, Goopi Gawaiyaa Bagha Bajaiyaa (GGBB) all set to take the country on a musical roller-coaster ride on 1 March, we can’t wait to witness the adaptation. 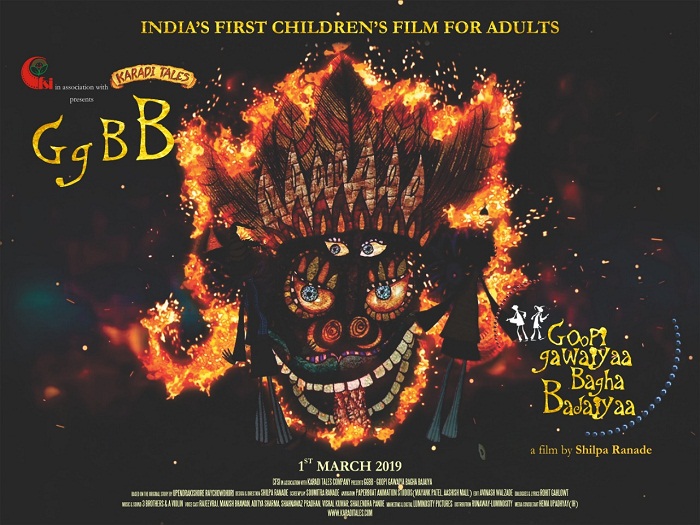 Paperboat Animation Studios co-founder and chairman  who’s also the writer and producer Soumitra Ranade commented, “Paperboat Animation has been involved in the entire creative process and that is ideally how it should be for an animation film; right from the preproduction to production and postproduction. The studio has expertise in all aspects and all projects that are taken up see complete involvement of the studio from start to finish.”

The trailer of Goopi Gawaiyaa Bagha Bajaiyaa (GGBB) that was launched on 15 January by renowned poet, lyricist and filmmaker Gulzar, had already set the expectations high.

In a recent chat with AnimationXpress, director Shilpa Ranade exclaimed, “Goopi Gyne Bagha Byne was a story I grew up with. I had watched Ray’s classic and it had stayed with me. I also read the original story by Upendrakishore Ray Chowdhury and was quite surprised to find all the possibilities for a reimagining and retelling. I had got a version of the story to illustrate, retold by Gulzar and during the making of the book illustrations, it struck me that it is a story that is naturally given to animation, and has all the ingredients to make for an engaging narrative, fantasy, adventure, quirky characters and drama. The basic storyline of GGBB remains the same though we have added in our own twists and turns and adapted it to the animation format while detailing the characters and the events. The plot is the same in spirit though we have layered and nuanced it in our own way.”

The animation of Goopi Gawaiyaa Bagha Bajaiyaa looks peculiarly fascinating and the script seems to be mostly adhered to the original story. Talking about the animation format Goopi Gawaiya Bagha Bajaiyaa writer and producer Soumitra Ranade commented, “The animation is done in 2D and recalls the book illustration style that it has naturally progressed from. It is also inspired from leather puppetry and takes cues from the performance, design of traditional puppets. This was done since we wanted to do something that was born organically from the lineage of the original and its many retellings and its cultural rootedness.”

A project like Goopi Gawaiyaa Bagha Bajaiyaa is sure to have its share of challenges since the original film has a legacy of a much loved classic which is legendary. The makers had to take cognizance of the hugely popular film and its iconic characters, being revived in a different medium of art. Thus we can very well assume the amount of strenuous work gone behind the script.

“The journey has been long yet very exciting and fulfilling. We went through all the regular steps an animation film goes through, though we were working on something completely unique. We were a miniscule team and had all the requisite expertise, passion to take it through from being just an idea to a film to be able to take to the theater. The drawings for the film came from the drawings I was illustrating for the book and went through the transformation needed for animation. They were essentially pen and ink drawings which were embellished with extreme, heightened and unusual texture and detail. We animated on multiple platforms and employed several ways of animating but the language was staccato and recalls pop ups, book illustrations, puppetry,” Shilpa revealed.

Soumitra added on the similar line: “Since the script was adapted from the original story, which is like a skeleton upon which you can add flesh, building upon some of the ingredients that lent themselves to animation. The script is heavily dialogue driven and each character has their own particular way of speaking, peculiar usage of language and so on. The personalities were built into the script keeping the fact, that this is a musical. The songs were written as part of the narrative and they are very much an integral part of the storytelling and are situational and particular to what was called for by the way the events were unfolding. We added an immense amount of detail and our own twists and turns while maintaining the spirit of the original text.”

Coming to the music of this musical, the title track and the background score, by music composer Narayan Parashuram (who’s also Karadi Tales co-founder), fits perfectly with the film on the whole. It also sets the mood for the film; there are eight songs in GGBB and each of them elevates each specific situation. All the songs are derived completely from Indian classical music and folk music traditions. They are based on ‘Raaga’ structures and the intricate ‘Taal’ patterns that are core to Indian Classical and folk.

Parashuram mentioned, “The Indian storytelling tradition has always integrated songs and music as part of the narrative. This has been the underlying principle in the music GGBB. All the songs are absolutely integral to the script.  Infact, the dialogue writer of the film, Rohit Gehlowt has also written the lyrics for the songs, which is extremely rare. The musical arrangement consists primarily of traditional Indian acoustic instruments like the Mridangam, Pakhawaj, Khol, Ghungroo Tarang, Dimkee, Uddukkai, Saarangi and Bansuri.”

On being asked if it was difficult to get the permission for adapting the film from Sandip Ray and considering the fact that its local flavour might prevent the animated film from reaching a wider audience, Shilpa informed, “Not at all, he was very welcoming of the idea and gave his permission straightaway. The magnanimity with which this piece of work is shared says a lot about how this story truly belongs to the people. The theme is universal and animation as a medium cuts across any regional differences. Once the audience steps across the threshold of the film they will be transported to the space of the film and believe in the lands and people and events. The film will surely appeal to everyone since it doesn’t speak in a tone that is recognisably associated with any particular region, I think every individual viewer will find a resonance in their own lives and the regions they come from.”

With such great words being already spoken about the film, it’s definitely going to create quite a stir in the Indian animation industry.“Our endeavour is to pay homage to this amazing work and its simplicity and beauty. We didn’t try to imitate or recreate any of its magic but tried to be true to its spirit while making it our own. We hope it will be received well,” Shilpa and Soumitra concluded. And as Parashuram noted, “The music in Ray’s Goopi Byne Baagha Byne is iconic. The music in GGBB is an endeavour”, we hope that this musical endeavour and labour of love, gets all the love and attention it deserves! 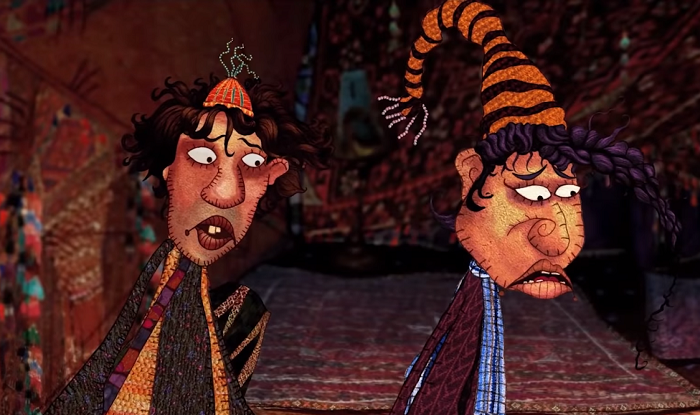