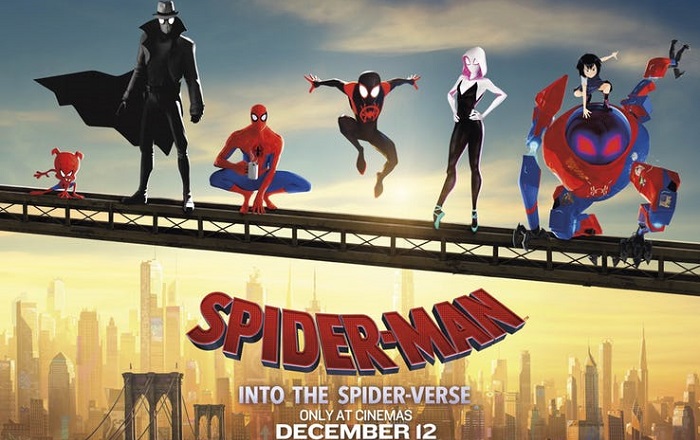 Spider-Man: Into the Spider-Verse, a film that has grossed over $350 million in theaters worldwide to date, introduces Brooklyn teen Miles Morales, and the limitless possibilities of the Spider-Verse, where more than one can wear the iconic mask. “One of the most rewarding experiences in recent months has been to hear that children are telling their parents that they see themselves in Miles, or that they want to grow up to be like Spider-Gwen, anyone can be a hero,” say directors Bob Persichetti, Peter Ramsey, and Rodney Rothman. “That’s why we made this film, and we hope that feeling of empowerment is something that both audiences young and old can take away.”

Spider-Man: Into the Spider-Verse arrives filled with bonus materials that are fun for the whole family and give fans even more of the unique comic book style action that they loved in theaters with more than 90 minutes of bonus content. In his very own original short, Spider-Ham: Caught In a Ham, fan favorite Spider-Ham defeats his greatest foe, delivers sidesplitting puns, and get sucked into another dimension! It actually can get weirder!

Additional special features include a celebration of the diversity in the film and the idea that anyone can wear the mask in a feature called We Are Spider-Man, a featurette called Spider-Verse: A New Dimension, where fans can hear from the artists and filmmakers who pushed the boundaries of the comic book artform to create a visual experience unlike anything done in animation before, a showcase of all the amazing fan favorite characters featured in the Spider-Verse and the actors who bring them to life, and a touching tribute to comic legends Stan Lee and Steve Ditko, who originally created the Spider-Man character. Other bonus materials include two lyric videos featuring Sunflower by Post Malone and Swae Lee and Familia by Nicki Minaj and Anuel AA (feat. Bantu).