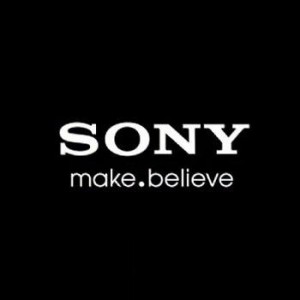 Sony Corporation reported positive results for the first quarter ending 30 June, 2014. Sales stood at $ 17,920 million, an increase of 5.8 per cent compared to the same quarter of the previous fiscal year (“year-on-year”). This increase was primarily due to a significant increase in G&NS segment sales, reflecting the contribution of the PlayStation 4 (PS4), which was launched in November 2013, a significant increase in Pictures segment sales primarily due to higher theatrical revenues in Motion Pictures, as well as the favorable impact of foreign exchange rates.

This increase was partially offset by a significant decrease in sales in All Other, primarily related to Sony’s exit from the PC business. On a constant currency basis, sales increased 3 per cent year-on-year.

Operating income also increased year-on-year and stood at $ 691 million. This increase was primarily due to a significant improvement in the operating results of the G&NS segment partially offset by a significant deterioration in the operating results of the MC segment. Operating income during the current quarter includes a gain of 14.8 billion yen (146 million U.S. dollars) recognized on the sale of certain buildings and premises at Gotenyama Technology Center in Japan, recorded in Corporate and elimination.

Operating income of $ 43 million was recorded, compared to an operating loss of $ 164 million in the same quarter of the previous fiscal year. This significant improvement was primarily due to the above-mentioned increase in sales; partially offset by a decrease in PS3 software sales.

Let’s take a closer look at the Movie segment

The Pictures segment is comprised of the Motion Pictures, Television Productions, and Media Networks categories. Motion Pictures include the production, acquisition and distribution of motion pictures; Television Productions includes the production, acquisition and distribution of television programming; Media Networks includes the operation of television and digital networks.

Sales increased by 22.6 per cent year-on-year (an 18 per cent increase on a constant currency (U.S. dollar basis) to $ 1,928 million primarily due to a significant increase in sales for Motion Pictures. Sales for Motion Pictures increased mainly due to higher theatrical revenues as the current quarter benefited from the strong worldwide theatrical performances of The Amazing Spider-Man 2 and 22 Jump Street.

This forecast is based on management’s current expectations and is subject to uncertainties and changes in circumstances. Actual results may differ materially from those included in this forecast due to a variety of factors.

In addition, as of the current quarter, the power supply business, which was previously included in the Devices segment, has been integrated into All Other to reflect modifications Sony made to its organizational structure as of June 1, 2014. In connection with these realignments, the sales and operating revenue (“sales”) and operating income (loss) of each segment in the fiscal year ended March 31, 2014 have been reclassified to conform to the presentation of the fiscal year ending March 31, 2015. Certain figures for the fiscal year ended March 31, 2014 related to the Financial Services segment have been revised from the versions previously disclosed.