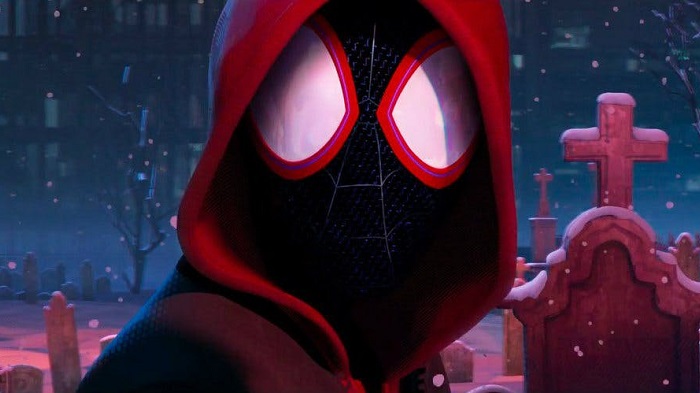 New York City is now darkened and silenced by the loss of Peter Parker’s Spider-Man. Is there anyone who can take his place or will crime finally have the upper hand?

Fortunately a solution has been revealed to the fans with the official trailer launch. Inspired by the 2014 Spider-Verse comic published by Marvel Comics, the new animated trailer features the character Miles Morales from Brooklyn.

This version of the Spider-Man wears a dual coloured costume of black and red. However, the buck doesn’t stop there, as seen in the comic book and in this upcoming film, fans will see an additional bounty of spider heroes. The likely featured may include Spider-Man, Superior Spider-Man, Spider-Woman, Silk, Kaine, Spider-Gwen, Spider-Girl (Anya Corazon), Ultimate Spider-Man (Miles Morales), Ultimate Black Widow (Jessica Drew), Spider-Man 2099, Spider-Girl (May “Mayday” Parker), Disney’s Animated Spider-Man (2010), Morlun and Inheritors.

The trailer of the 2D animated feature shows some breathtaking visuals of how Brooklyn looks at night. Lots of blues, reds and violets make it quite appealing to the young audience but enticing enough for other age groups as well.

The opportunity to watch these heroes dawn their colourful costumes is a treat to the public. As the trailer does say that in this universe there will be more than one that can wear the mask. The upcoming release expects to display crisp visuals. As reviews and trailer reactions are piling up over the web, critics want to know if the story will live up to the animation. We will need to wait and find out.

Spider-Man: Into The Spider-Verse directed by Bob Persichetti, Peter Ramsey and written by Brian Michael Bendis (Miles Morales creator), is slated for release in Christmas 2018.