Esports and gaming streaming platforms have seen exponential growth in the past two years. Online esports are being consumed in a vast way since the inception of virtual esports tournaments and a lot of gaming aficionados believe that the future of the esports industry will be of hybrid structure.

Ever since the lockdown this year, Rooter’s monthly active users have gone up to 8.5 million and 4.7 million of them are consuming almost 2.01 million hours of game streaming content. Meanwhile, they have more than 911,011 content creators on Rooter and 48 brands associated with them. 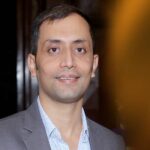 Speaking on the growth, Rooter founder and CEO Piyush Kumar shared, “2021 has been an excellent year for us. We pivoted to Game Streaming last year and started building our gaming product along with an extensive gaming community of streamers. Our platform has seen more than 18 mn downloads since our pivot and we are now looking at almost a million content creators per month streaming multiple games. Rooter also started monetisation across multiple revenue streams this year and is already at $2.4mn ARR. Rooter is the only Indian streaming platform to monetise. And for the last 11 months consecutively, Rooter is still the number one app in the sports category on Google Playstore.”

The company is currently  looking to collaborate with multiple esports teams, organisations and professional streamers in 2021. As per the challenges are concerned, Kumar shared that the biggest challenge and opportunity for Rooter currently is to build the streaming community. The company claims that it is the only Indian app that provides a unified experience of creator tools and platform with millions of hours of content to viewers. “Rooter aims to be the enabler of the next one million professional game streamers in India in the next two to three years. The other key challenge is to scale monetisation to $10mn ARR. Rooter wishes to get there in next 18 months and is opening up multiple new avenues through which brands can work with the platform and also build a gifting economy,” he added.

Esports is growing at a rapid pace in India. Two years back only one to two tournaments in a month were being hosted and now multiple esports platforms have sprung up who are hosting tournaments every now and then. “All publishers are building this ecosystem with all organisers to provide the biggest platform to all esports tournaments to host their event and increase their viewership to give value to their sponsors and participating teams. Rooter is also hosting multiple big esports events every month. Rooter will also help all esports organisers distribute their content to multiple other large content networks using their technology,” he shared.

Today a lot of brands across categories have seen tremendous engagement through esports. Brands like Tata Motors, Apollo Tyres and many more iconic brands are now sponsoring esports events to reach out to younger audience especially from 12 to 24 age group. Virtual esports tournaments help to reach esports content distribution and engagement at a level. He also said going forward the esports tournaments will be in hybrid format which will also see huge distribution through streaming and OTT platforms.

“We want to be the biggest streaming platform for gaming and esports. We want people to look at us as Hotstar for gaming. We want them to work with us to grow the gaming community. In terms of numbers, Rooter will cross 50 mn downloads and will be at $5mn ARR in next 12 months,” he added.

Also Rooter’s Underdog 2.0 BATTLEGROUNDS MOBILE INDIA tournament starting today and will continue till 18 October with total prizepool of Rs 40,000 and more than 2000 teams will participate in the tournament as per the company’s official post.

Earlier he told us “The battle royale game has been one of the key contributors to the tremendously growing gaming market in India after PUBG Mobile got banned last year due to national security reasons.  Currently, around 225 million people are playing such first-person shooter games, which is an addressable market for game streaming. The spike in participation towards first-person shooter game formats like this one can be attributed to the increasing inclination towards gaming content consumption and of course the pandemic. Such tournaments can create income opportunities for the Indian players, which will eventually help in strengthening the country’s eSports ecosystem and reinforce its position on the global esports map.”