Superhero movies have evolved over the years. There was a time when they were not a mass appealing cinema that could attract a ton of money to the production houses accounts which changed with Marvel’s new line of cinema then The Dark Knight trilogy and even some of the X-Men films. But with Batman v Superman: Dawn of Justice all the hard work of the above mentioned names could go for a toss.

This movie though has all the correct ingredients – two superheroes, a huge mass of CGI monster, stunning visuals, brilliant actors and to add on, Wonder Woman (Gal Gadot)! But it lacks in the story department, or rather having too many of them packed in a short while.

A Batman movie is incomplete if it does not have a retelling of Bruce Wayne’s childhood tragedy and this movie is no different. This one tells a rather edgy version of Bruce’s childhood loss which ends in a dream sequence which the current Batman (Ben Affleck) seems to have a lot these days. He is now old, frail, even resorts to killing and branding of criminals and is miffed with our friend from another planet Superman (Henry Cavill).

The Superman on the other hand looks like he still hasn’t come out of his The Man from U.N.C.L.E timeline and makes very little statement in front of Affleck’s Batman. Snyder like his other superhero movie he directed, one that is prequel to this one (Man of Steel) does very little to make fans like Superman, however good he is trying to be on screen. He is not the same Superman that everyone once loved and looked up to in the movies, even considering the Brendan Routh version. But he still somehow manages to be one of the sane characters. 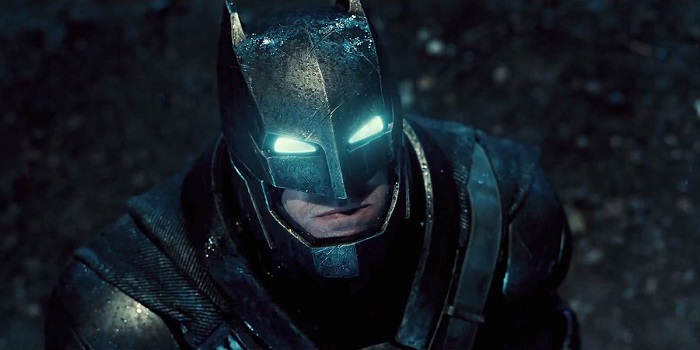 One of the worst fears of fans was the miscasting of Ben Affleck as the Batman but the casting director gets a hundred per cent credit, for Affleck not only nails the part but does it even better with all the rage filled, puffed up body and that zillion dollar playboy smirk. But casting directors were on a trip of some kind while casting the character of Lex Luthor (Jesse Eisenberg). He looks out of place throughout the movie and acts like an awkward mix of his characters from Social Network and Zombieland. He’s a villain without a major intent or has intent but with no backstory or history and feels like a plain dumb psychopath inside a villain’s cloak.

By the time the movie reaches halfway, you either feel that you have seen too much or too little to understand where the movie is headed. Futuristic nightmares and taking the universe forward, Bruce Wayne/ Batman has too much to carry on his broad strong shoulders. Clark Kent/ Superman is doubting himself and thinking whether his actions are right or is he like everyone else turning into not so good character and has the Earth made him like that?

The 153 minute movie just goes on and on without any rational order or purpose, with story shifts as quick as the fight between the two superheroes. Storytelling, particularly for a hero, should be about growing arcs to an emotional climax that leads to forging a hero. This one though finds harmony in a lot of speeches and incoherent dialogues and to save you from these, action sequence in between. And the best comical part of the film was when a Bollywood style drama sequence pans out where the two superheroes stop fighting. Reason being – their mother’s name is the same! (How conveniently writers go for a ridiculous reasoning to put an end to what could have been an epic fight between the Man and the God). 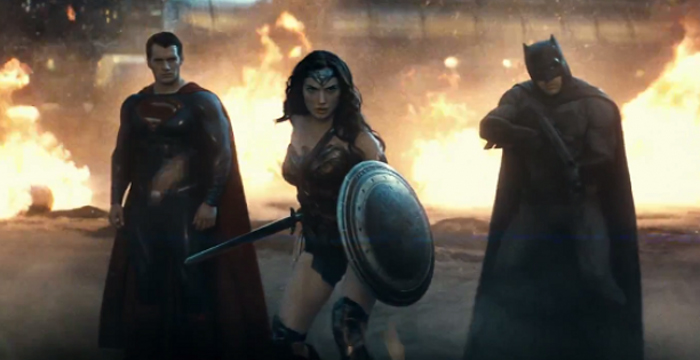 Even the reveal of the four superheroes to be seen next in their solo movies – Wonder Woman, Aquaman, The Flash and Cyborg are shown because of an unintelligent plot where Batman decrypts Lex Luthor’s servers to a folder full of surveillance footage of these four metahumans. Apart from Wonder Woman, The Flash has a little extra cameo which takes the story a little forward but Jason Momoa’s Aquaman and Ray Fisher’s Cyborg are seen in glimpses.

One of the spoilers of this film is “itself”. In the months leading up to Batman v Superman‘s release, Warner Bros. released one trailer after another and TV spot after TV spot which exposed the audience to almost all of the movie; not even sparring the big moments from the film. Even Gal Gadot’s Wonder Woman which has a small role in the movie has appeared in almost every single trailer or teaser that has been released till date.

But she has shone in the movie as the Amazonian Princess in the final battle scene, where she finally shows up in her full costume to take on Doomsday with the two foes turned friends. This one was one of the best moments in the movie where it actually felt like a comic book movie. The way she fights the CGI monster is amazing and gives you an insight in to how well Gal Gadot is and will be when the Wonder Woman movie comes out. Oh yes, the magic unbreakable lasso also makes an appearance and it truly is magical. At this point, you just think “can we finish this quick and have Wonder Woman movie playing next, please.” 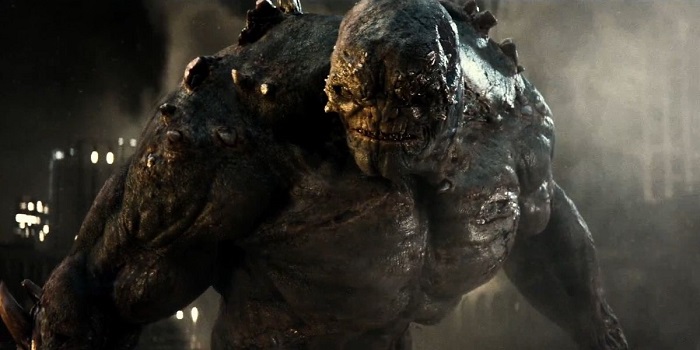 The bright sides of the movie are the actors (Ok, some of them, even Amy Adams), the music score (Hans Zimmer still has the most sickest of the soundtracks when it comes to superhero movies), the VFX plays an important role and VFX houses like MPC, Weta Digital, Double Negative, Scanline and Shade VFX have done an incredible job, especially with the CGI monster – Doomsday.

Batman v Superman: Dawn of Justice could have been a part of DC Cinematic Universe and certainly should not have been the origin of it. People have blamed Snyder for his not so good direction of the superhero movies and have even gone on to say that he should step aside from further continuing as the director for future DC movies but the writers (David S. Goyer and Chris Terrio) are at equal fault. They have filled the movie with so much of DC plotlines there is no room for the two actual superheroes to truly shine. The heroism in the Batman v Superman is missing and so is the charm of the superhero movies.

DC’s next slate of movies includes Suicide Squad which comes out in August and then Wonder Woman next year, followed by the first Justice League film. This movie has not laid the foundation for these movies but has left the audience worried about the superhero genre.