” We may have a different  religion, different language, different coloured skin, but we all belong to one human race.” -Kofi Annan

Needless to say that, video games offer opportunities for players to explore, practice, and re-enforce cultural and social identities. There are lot of things which are predominantly created and played by one racial group that can unintentionally perpetuate racial stereo-types and thus limited choices reflected to preconceived notions of racial bias. While the world is battling to COVID-19 together, another darker side of the society has popped up. A viral video has shown cops pinning down and found responsible for George Floyd death (caught on camera), the grassroots activism spoke to a long-standing link between police violence against African Americans and environmental justice. Sooner various autopsy reports told Floyd’s death as a homicide caused by cardiopulmonary arrest complicating law enforcement subdual, restraint, and neck compression. The world condemned and started speaking up for  ‘Justice for Floyd’ which further escalated and reflected as the racial conflict of colour ‘Black Lives Matter’ since many believe Floyd is not the only one who faced racial violence and societal injustice. 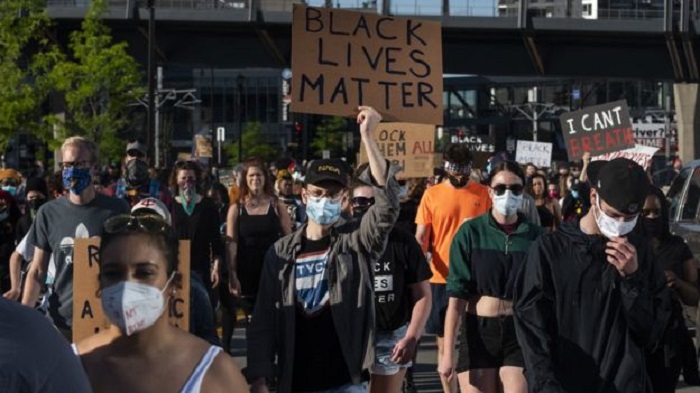 Soon after many hoisted in support of racial injustice irrespective of the diversity  of colour, race, and more. The gaming sector unites in support of ‘Black Life Matters’ and has expressed their thought all over the internet. Gaming companies in support of the movement After protests erupted in cities all over the United States in response to the police killing of George Floyd, a large number of studios and other game companies have stepped forward in support of  ‘Black Lives Matter’ and other organisations like the NAACP and Color of Change. Companies from all corners of the industry have made contributions while encouraging others to do the same.

We stand in solidarity with Black team members, players, and the Black community. We are making a $100,000 contribution to the NAACP and Black Lives Matter and encourage those who are able to, to donate. #BlackLivesMatter pic.twitter.com/KpHZCF6VWx

Get informed and get involved utilizing the resources we’ve gathered in the thread below: pic.twitter.com/XJeAKTYkrh — Twitch (@Twitch) June 3, 2020

There are mixed results on the demographics of people who play video games. While one study mentions that African American and Hispanic children make up the majority of video game players, a study by Pew Research Center finds that 73.9 per cent of white children play video games compared to 26.1 per cent of non-white children. No matter what is today’s reality gaming industry has always shown the racial diversity through its  content or characters. The idea of portraying different races is not something entirely new in the history of video games. Early games, including some MMORPGs like World of Warcraft, featured multiple playable (fictional) races that the player could choose from at the beginning of the game. Here are our few picks of games and character’s which some or the other way portrayed the diversity of race: Games Afro Samurai: Afro Samurai is an action video game for the PlayStation 3 and Xbox 360, loosely based on the manga and anime series of the same name. It was announced in the February 2008 issue of Play magazine and released on 27 January 2009. The game was developed by Namco Bandai Games and in North America, it was the first (and would end up being the only) game published under their western label, Surge. 50 Cent: Blood on the Sand: 50 Cent: Blood on the Sand is a third-person shooter video game developed by Swordfish Studios and published by THQ for the PlayStation 3 and Xbox 360. It serves as the sequel to 50 Cent: Bulletproof, and was released in February 2009. The game centers around a fictional 50 Cent and G-Unit’s concert, set in an unspecified location in Middle East. After the reward payment goes wrong, the group tries to retrieve the stolen skull back from the terrorists. 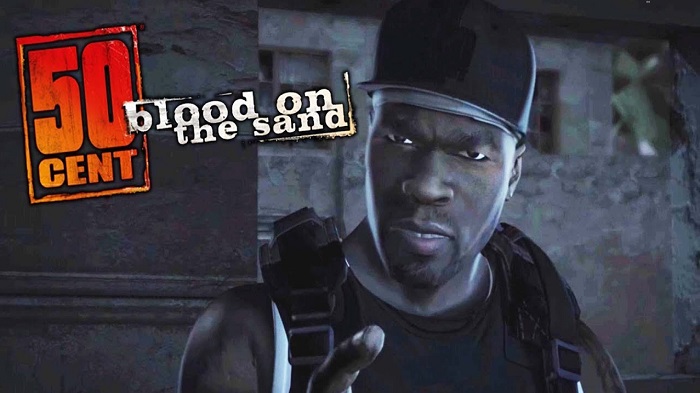 Rumble Roses XX: Rumble Roses XX is a female professional wrestling fighting game developed by Konami for the Xbox 360 as the sequel to the 2004 PlayStation 2 game Rumble Roses. The game was released by Konami in 2006. On September  2018, Larry Hryb announced that Rumble Roses XX would be playable on Xbox One via backwards compatibility. With the exception of a simple street fighting mode, the bulk of the gameplay focuses on matches which take place in various locales. Matches can be between individual wrestlers, between tag teams of two wrestlers each, or between a wrestler and a team. 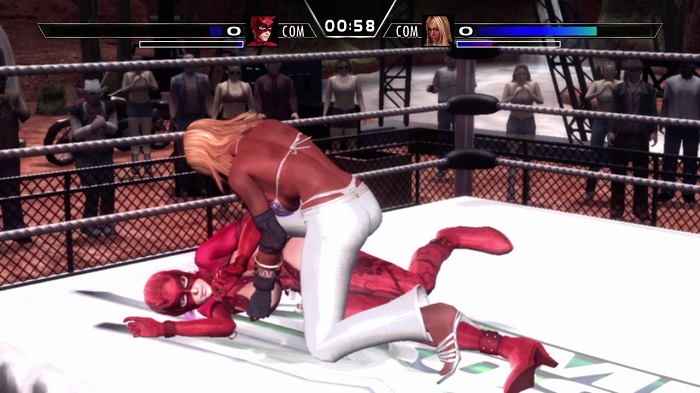 Grand Theft Auto: San Andreas: Grand Theft Auto: San Andreas is a 2004 action-adventure game developed by Rockstar North and published by Rockstar Games. It is the seventh title in the Grand Theft Auto series, and the followup to the 2002 game Grand Theft Auto: Vice City. It was released in October 2004 for PlayStation 2, and in June 2005 for both Microsoft Windows and Xbox. The game, set within an open world environment that players can explore and interact with at their leisure, focuses on the story of former gangster Carl “CJ” Johnson, who is brought back home by the death of his mother, only to become involved in a long journey that sees him exploring the fictional U.S. state of San Andreas, which is heavily based on California and Nevada. The game features references to many real-life elements of the world, such as its cities, regions, and landmarks, with its plot heavily based on several real-life events in Los Angeles in the early 1990s, including the rivalry between real-life street gangs, the 1980s-early 1990s crack epidemic, the LAPD Rampart scandal, and the 1992 Los Angeles riots. Unlike its predecessor, San Andreas brought with it new elements of gameplay that would be later incorporated in future titles, including RPG-style mechanics, customization options with both clothing and vehicle appearances, a vast array of activities and mini-games, and the inclusion of gambling games. 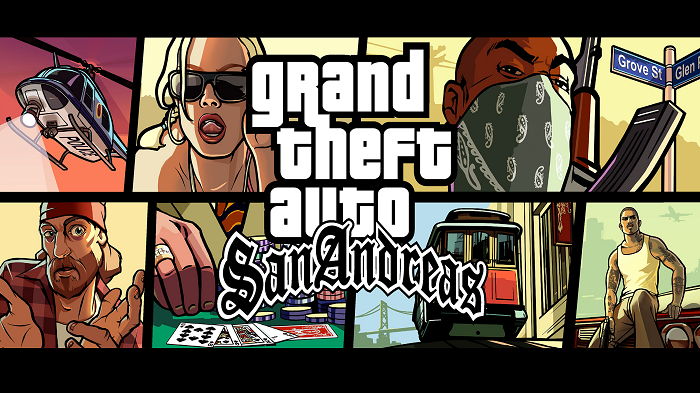 Watch Dogs 2: Watch Dogs 2 is a 2016 action-adventure game developed by Ubisoft Montreal and published by Ubisoft. It is the sequel to 2014’s Watch Dogs and was released for the PlayStation 4, Xbox One and Microsoft Windows. Set within a fictionalized version of the San Francisco Bay Area, the game is played from a third-person perspective and its open world is navigated on-foot or by vehicle. Players control Marcus Holloway, a hacker who works with the hacking group DedSec to take down the city’s advanced surveillance system known as ctOS. There are multiple ways to complete missions, and each successful assignment increases the follower count of DedSec. Cooperative multiplayer allows for competitive one-on-one combat and connecting with other players to neutralize a player who is causing havoc. 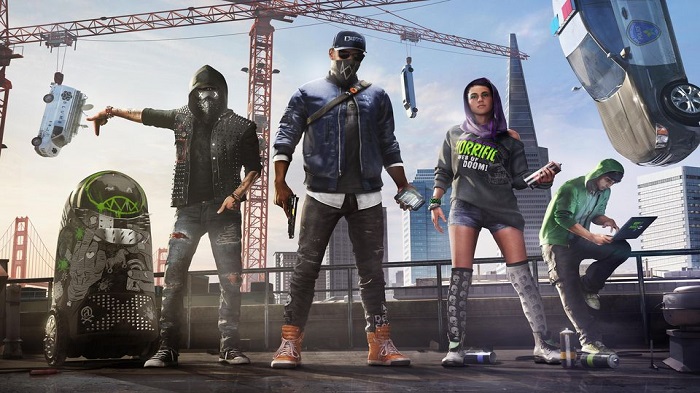 In-game heroes of Afro origin Bangalore, aka Anita Williams, from Apex Legends is a soldier, she is known for playing mind games with the smokescreen to running laps around enemies before bombarding them from space, Bangalore is a formidable opponent and a great choice for the Apex games.Also Ajay Che, better known as Lifeline, is a combat medic, and a support Legend who’s easily one of the MVPs of the Apex games. Her kit has been one of the most useful (not to mention coolest) loadouts in the game: sporting a shielded and shortened revive time, a mobile healing drone, and a whole lot of charisma. 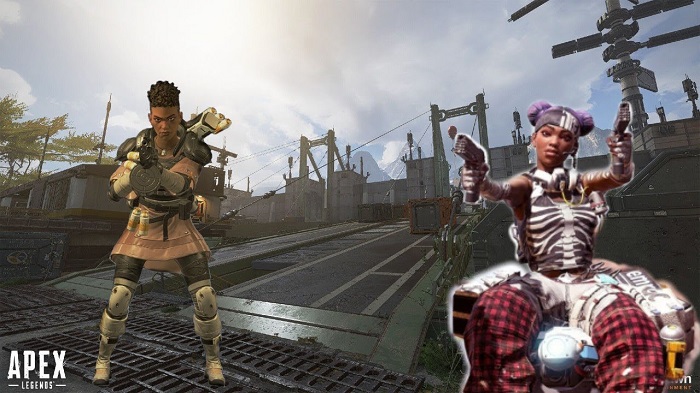 Elena from Street Fighters stands out as she’s the only character that utilises the unique Afro-Brazilian dance-fighting style of Capoeira to clobber her opponents, and it’s built around exclusively using kicks, acrobatics, and healing. It’s a super cool style, a graceful kinetic performance that requires both intense physicality and rhythmic skill to master. 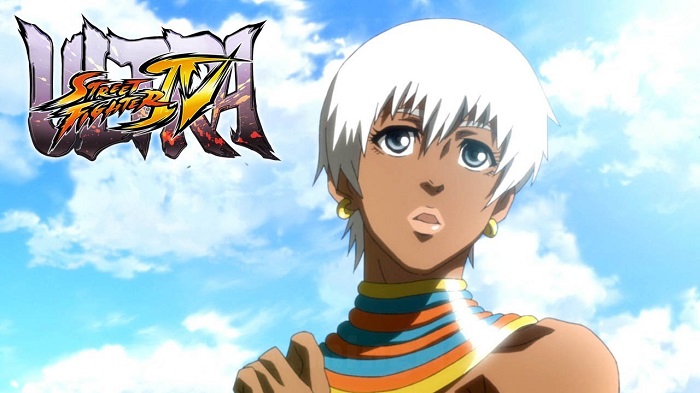 Sgt. Avery Johnson from Halo is the ultimate hype man, the king of inspirational speeches. With just a few words, he can get anyone pumped up to blast some aliens and save planet Earth. Throughout the series, he’s been a bastion of wisdom, grit and perseverance — and inspired others to that same standard. 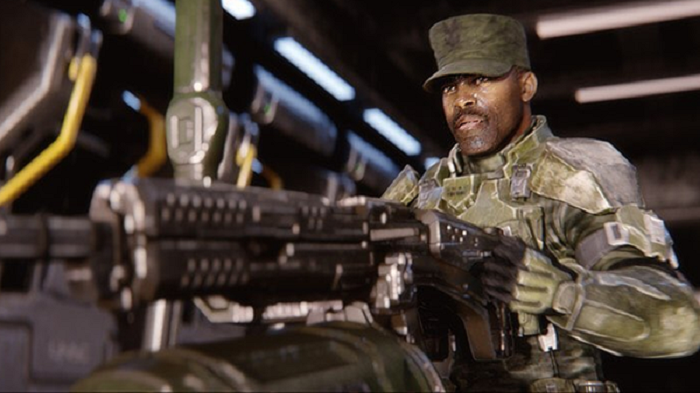 Lola from Afterparty is a sharp-witted smartypants in overalls who doesn’t have time for anyone’s BS. Before she ended up down below she was an activist fighting for good in the world, and her passion carries over into the Underworld. 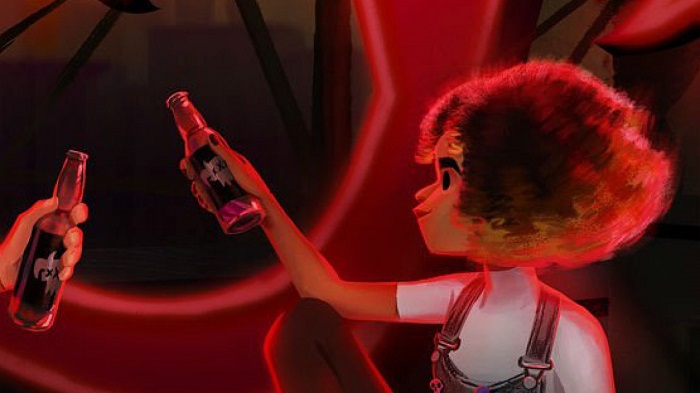 Grace Walker from Wolfenstein II: The New Colossus is one of the few survivors of the nuclear attack on New York’s few survivors of an atom bomb attack, Grace’s role as a tough-as-nails Resistance leader is one that requires a delicate balance of camaraderie and no-nonsense hardass-ed-ness, a combination absolutely nailed by voice actress Deborah Wilson’s impassioned performance.