DHX Media and Mattel announced that the new animated children’s series, Polly Pocket, has been picked up by 16 broadcasters internationally.  Based on the Mattel toy brand, the new Polly Pocket series follows Polly and her friends as they embrace big adventures in a shrunken size, thanks to Polly’s magic locket. Polly Pocket premiered in Canada in July on DHX Media’s own Family Channel and Family Jr, and will roll-out globally throughout late 2018 and into 2019. 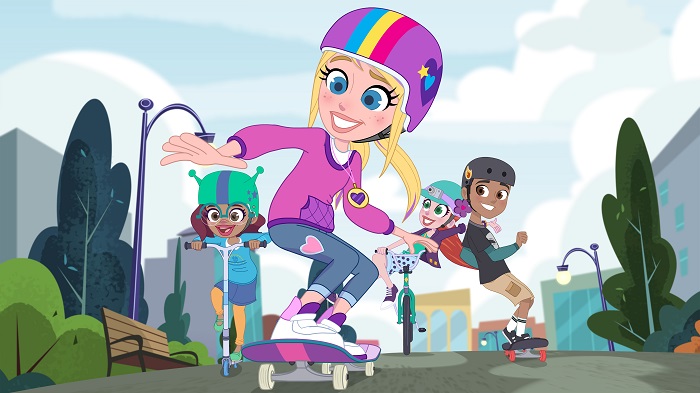 “Broadcasters around the world are snapping up the new Polly Pocket series because they know it’s based on a proven toy brand from Mattel that girls have loved for decades. We’re confident Polly fans worldwide will be thrilled to see their favourite miniature toys come to life on screen with this new series, and enjoy some really big adventures with Polly and her best friends,” commented DHX Media VP distribution Jerry Diaz.

Earlier this year, Mattel relaunched Polly Pocket toys, featuring the original micro-scale size and compacts that made Polly a phenomenon in the 1990s. The brand has sold more than 10 million compacts throughout the years and the new product line nods to the brand’s heritage and surprise factor while reflecting the updated look of the characters and animated series.

The creation of the Polly Pocket animated series is part of a co-development, production, distribution and licensing deal between DHX Media and Mattel for new original content inspired by Mattel properties. In addition to Polly Pocket, new animated series from the collaboration include Bob the Builder, Fireman Sam and Little People.