The studio behind successful animation outings like Wall-E, Up and Toy Story, recently (read on Monday) revealed the first details about its next animated film Inside Out on its website. The movie’s characters will be five emotions, portrayed by a stellar cast: Fear (Bill Hader), Anger (Lewis Black), Joy (Amy Poehler), Disgust (Mindy Kaling) and Sadness (Phyllis Smith), who control a young girl Riley’s mind and guide her through her life. 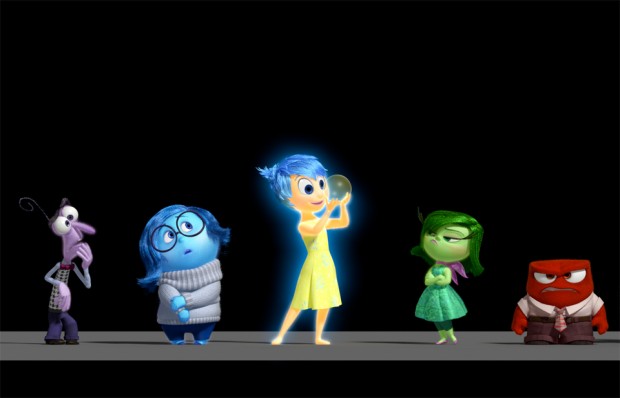 Pete Docter’s (Monster Inc. and Up) intriguing new project Inside Out is due in theaters 19 June 2015. The official synopsis from Pixar’s website reads:

“Growing up can be a bumpy road, and it’s no exception for Riley, who is uprooted from her Midwest life when her father starts a new job in San Francisco. Like all of us, Riley is guided by her emotions – Joy (Amy Poehler), Fear (Bill Hader), Anger (Lewis Black), Disgust (Mindy Kaling) and Sadness (Phyllis Smith). The emotions live in Headquarters, the control center inside Riley’s mind, where they help advise her through everyday life. As riley and her emotions struggle to adjust to a new life in San Francisco, turmoil ensues in Headquarters. Although Joy, Riley’s main and most important emotion, tries to keep things positive, the emotions conflict on how best to navigate a new city, house and school.”

Doctor, who scribed Toy Story among many other Pixar films and won an Oscar for Up, is heading the project. Another Pixar movie, The Good Dinosaur, will also premiere later that year on 25 November.