The Guardians of the Galaxy franchise is back from obscurity and comic fanatics would be really pleased to hear that Marvel has finally given the series the much needed attention it requires post the sequels for three of its most eminent properties Iron Man 3, Thor: The Dark World, Captain America: The Winter Soldier. 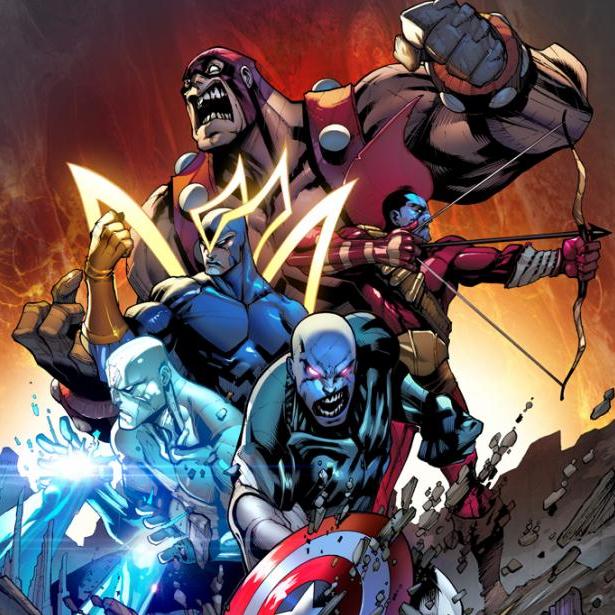 Here’s what Marvel has to say about the new series, Guardians 3000:

Vance Astro, Yondu, Starhawk, Martinex and Charlie-27 are back and better than ever. Follow this cast of bombastic freedom fighters as they battle to gain control of the galaxy back from the hostile alien armies of the Badoon! But the Brotherhood of the Badoon are just the tip of the iceberg. The Marvel Universe of the 31st Century is a hostile and unforgiving place – with both new & classic foes from throughout Marvel history. A new threat has emerged disrupting the timestream in the past and the present, and it’s up to the original Guardians of the Galaxy to prevent the collapse of all reality! But to save the future, one must look to the past – and the discovery of a mysterious young girl named Geena Drake could hold the key to saving all reality…or destroying it!

“Guardians 3000 is truly a case of you asked for it, we delivered!,” says Marvel Executive Editor Mike Marts. “Readers have been begging for the return of the original Guardians team for a long time…and we’re happy to debut this series right in the midst of Marvel’s Guardians of the Galaxy movie excitement!”

With Guardians 3000 set to arrive in October, it’s certainly going to leverage from the movie releasing early August worldwide.