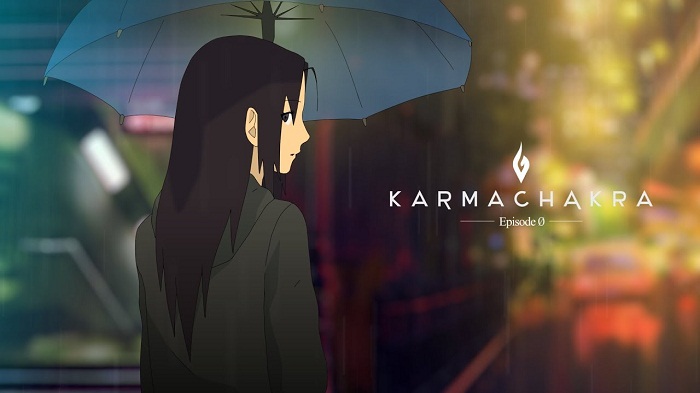 On 7 January, we reported about India’s first anime studio, Studio Durga making new announcements of their anime film, Karmachakra: Episode Zero, whose first 20  minutes have been published on YouTube as a mini series.

After receiving amazing feedback from the anime lovers across the country, the studio released the opening song for the film, titled, ‘Chawa’ (seek/desire) last week which has already garnered 12,000+ views and nearly 3000 likes on YouTube.

Commented Studio Durga founder and CEO Rajorshi Basu, “The song, ‘Chawa’, or ‘to seek/desire’ does touch upon the tone of the film in some ways. It is the driving force behind not only Ganga’s but many other characters in the film. Darkness and light in both the music and imagery of the opening conveys in a certain way what can be expected from the show. It’s meant to be stimulating, interwoven and natural, much like the world of Karmachakra.”

Not only has the song, ‘Chawa’ received appreciation, but have also caught the eye of music veterans like music composer Shantanu Moitra calling it “ This is stellar stuff.”

The song is composed, performed and produced by Basu himself while his mother Sohini Basu penned the lyrics and Tanisha Ganguly lending her voice for it. To a matter of surprise, Basu further informed that the composition and music production was done around six years ago, many years before he knew they’d be using it for an anime he would make.

Added he, “I was just really into the style at the time, and thought let’s make something that might go well with an anime opening. So I spent about a week total writing the melody, playing and recording all the instruments, and mixing. The vocals were recorded much more recently, but back then I had asked my mom to write the lyrics to the melody, as she is obviously way more well-versed in Bengali than I am. Many years later, I requested the well-trained and very talented Ganguly, who had already sung on our short song in the trailer, to sing on it. And she did such a fantastic job! Everyone has loved it and we’re glad. We sent the music video to some people we know in the Indian music industry and they really loved it too! It’s amazing to have so much support.”

Directed by Basu himself, Karmachakra: Episode Zero is a story of an orphan girl trying to find her roots, revolving around mysteries about her past and present. It’s a mystery drama set in a fictional present-day India that draws inspiration from psychology, mythology and cybertechnology.

Talking about the reaction of the lyricist and vocalist, after the song released, Basu exclaimed, “Both of them are genuinely thrilled with the result, as is everyone else on the team after listening. Even as everyone has mostly worked within a conceptual/technical framework provided by me, what they have contributed is invaluable and almost always stuns me.”

Here’s the song for you to enjoy!