Animation Latest News
Sonic, part of Nickelodeon India, is airing new episodes of animated comedy series Keymon Ache from 25 May. Like other kids broadcasters, Sonic has come up with fresh content and exciting and engaging campaigns to keep kids hooked during this lockdown period. Nick too has released new episodes and telemovies of its popular animated IPs. 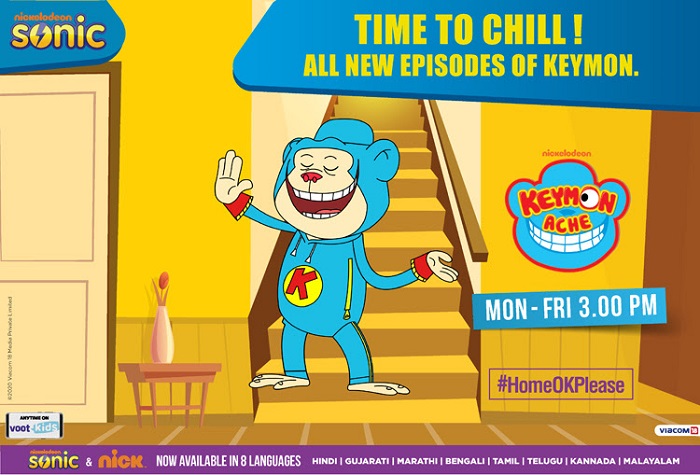 Produced by DQ Entertainment International, Keymon Ache was the first Indian non-mythological animated show that was produced completely locally. Revolving around a 9-years old boy, Rohan Tendulkar, whose life changes when gets a school bag from Japan as a gift from his dad. The school bag is a magical creature that can talk  and enchant other toys and make them do what he wants. Coming from Toyland, the place where all the toys come from, Keymon can speak Toylish, the language of all the toys. His magic chant is “Appal Pappal Chappal Chaat! Toylish mein sunlo Meri baat!” A film was also made on this character – Keymon & Nani In Space Adventure based on the series which was released in theatres in 2012.The character of Nani in this film was played by animated version of legendary singer Usha Uthup. Keymon Ache airs from Monday to Friday at 3:00 pm on Sonic.