As per BARC reports, during the last week (53) of 2019, kids’ channels viewership reached a new peak with over 25 million viewing minutes!

Among all, Nickelodeon reigned the charts of not only ‘Top 5 Channels’ and ‘Top 5 Programmes’ in Kids categories, but also gained a position among ‘Top 10 Channels’ in all categories. It was the only kids channel to foray into the list. 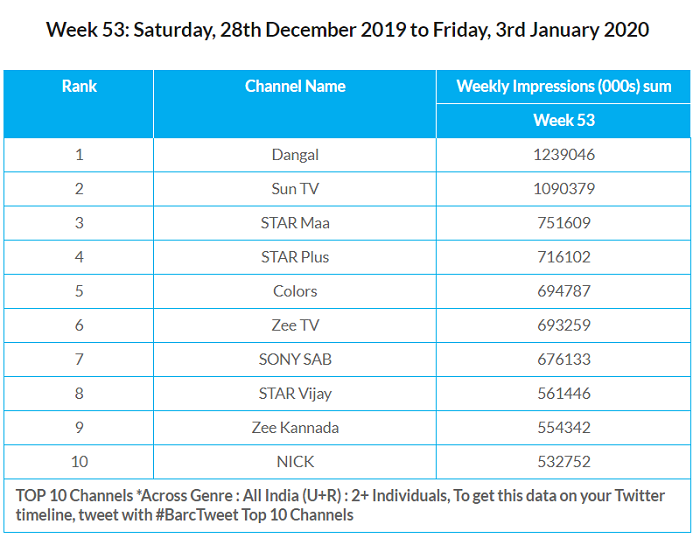 Nick was followed by POGO, Disney channel, Sony YAY! and Sonic in the kids channels category. Among the ‘Top 5 Programmes’, Nickelodeon reigns with Motu Patlu in the top three slots while Pogo’s Chhota Bheem and Nickelodeon’s Rudra takes the other two. Motu Patlu has received at least 95 million viewing minutes followed by Doraemon at second position with 57 million viewing minutes during vacation. 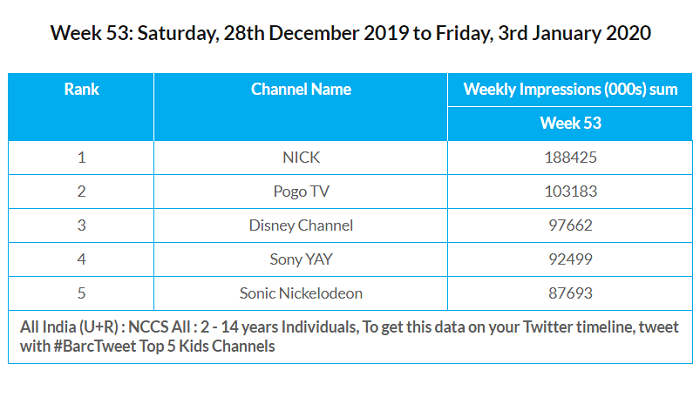 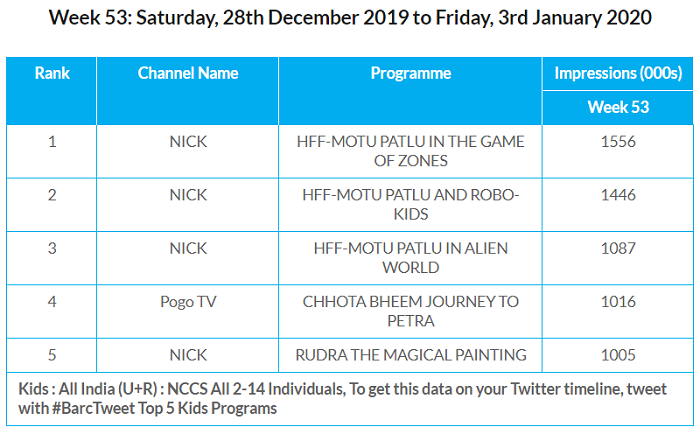