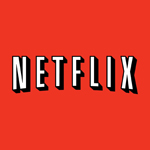 Netflix launched its Canada service in 2010 and is now the home of first-run pay TV films from Paramount Pictures, DreamWorks Animation, and 20(th) Century Fox, original series like the Emmy-nominated House of Cards, Orange is the New Black and Derek, and a wide-range of films and TV series from Canada, Hollywood and beyond.

The US Disney-Netflix partnership is set to begin in 2016.