One of the leading international producers and distributor of children’s animated and live action content, Nelvana is ramping up production on a third season of its hit original series, Ranger Rob.

Season 3 of the preschool adventure series will feature new characters, more imaginative storylines, and thrilling surprises all over. The new season of 52 x 11 minute episodes is slated for delivery, beginning summer 2020.

“Since the series premiered in 2016, we’ve proudly watched Ranger Rob grow into an iconic franchise within Nelvana’s catalogue. We’re looking forward to introducing fresh characters and brand-new adventures that continue to inspire kids to get outside and explore,” said Nelvana president Pam Westman. 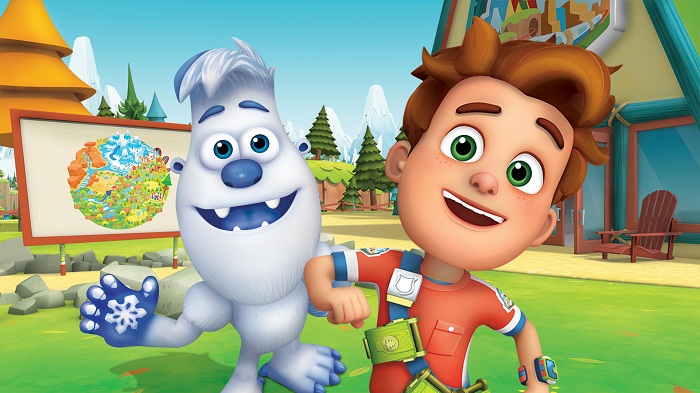 Bursting with energy, 10-year-old Ranger Rob zip lines, swings, and snowboards his way around the coolest outdoor adventure park ever, Big Sky Park. With environments that mirror real world places, the Frosty Fields, Forest, and Jungle always have fascinating facts about nature and animals waiting to be discovered by Rob and his friends. The new season continues to focus on key themes fans have come to love – learning about animals, plants, the environment, and discovering the outdoors all with a splash of adventure.

Ranger Rob currently airs on Corus Entertainment’s Treehouse in Canada and has earned top ranks with Universal Kids and Hulu in the U.S., TF1 in France, Tiny Pop in the U.K., SUPER RTL in Germany, and many other renowned broadcasters worldwide.

The series holds a strong licensing programme including partnerships with Imports Dragon as master toy partner, Chouette Publishing, Jcorp (apparel), Jellifish (sleepwear), Black & White (footwear), and most recently with Braum’s in the U.S. to launch a new QSR program this past November.