Millimages garnered the export award for the series Molang from TV France International. TVFI is the industry association that celebrates French audiovisual distribution and rewards the world’s best-selling program every year.

Molang, currently airing in France on Canal+ and on TF1, is distributed in 190 countries across Europe, America, Asia Pacific, Africa and the Middle East. The series has also been nominated for the Emmy Awards in 2016 and has received record ratings in numerous countries including USA with Disney Junior, UK with Cartoonito and in Italy with Rai. 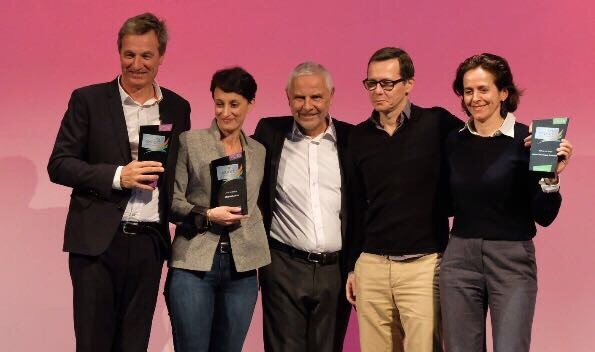 The series attracts a good number of viewers on social network including both adults and kids with the web series, My best friend reaching millions of views every week. The licensing and merchandising activities are booming with products available in distribution networks on all continents.

Molang season four which is in co-production with Canal is currently in the writing stage and will be launched in early May. Even after two and a half years of its breakthrough on TV, social networks and in the licensing space, Molang is regarded as a prominent star of French animation.