Columbia Pictures has acquired the rights to develop Geoff Rodkey’s comedy sci-fi novel We’re Not from Here as a hybrid live-action/animated feature film.  Mike Mitchell (Trolls, The Lego Movie 2: The Second Part) will be directing and Gluck and Jodi Hildebrand of Olive Bridge Entertainment will produce.

Rodkey is an author and screenwriter, creator of the bestselling Tapper Twins comedy book series. His big screen credits include Daddy Day Care, The Shaggy Dog and RV, as well as writing for Politically Incorrect and Beavis and Butt-head. Gluck’s credits include Peter Rabbit and Peter Rabbit 2: The Runaway, Friends with Benefits and Easy A. He has also executive produced TV series including Encore!, The Loop, Andy Richter Controls the Universe and Comedy Central animation Moonbeam City. 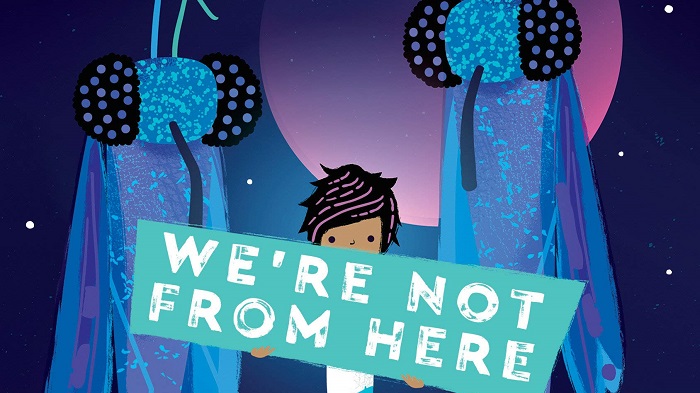 Mitchell directed hybrid flick Alvin and the Chipmunks: Chipwrecked, Sky High, adult comedy Deuce Bigalow: Male Gigolo as well as for TV’s Greg the Bunny, The Loop, Cartoon Sushi and KaBlam! He has also written for SpongeBob SquarePants. Published by Crown Books for young readers, “We’re Not from Here” centers on a human family who immigrate to an alien planet, told from the POV of one the kids, named Lan. Keep an eye on this space for more information.