The folks at NASSCOM recently organised a two day roadshow in two cities, namely Pune and Bengaluru. The idea of hosting the same was address the perennial issue of indie game developers on how to best monetise their games in this overcrowded market.

The Pune seminar on 4 July witnessed a turnout of over 60 odd developers whereas; the Bengaluru seminar the following day on 5 July was well attended as well. The panelists included some of the heavyweights in the industry and a few newer faces.

With India standing on the threshold of becoming a global powerhouse in Games and Apps development, it is imperative to focus, deliberate and decide on the most important issue, the most important challenge “Monetization”. And the roadshow was conducted with this single focus in mind.

The mobile user base is ever increasing and data connectivity is unleashing some never before experienced opportunities to developers. There are various models of monetisation available for developers today, from the premium to freemium model, to from pay per use to ad-supported to model.

But are these able to address the needs of developers in a holistic manner? The sessions examined this from the perspective of stake-holders: Payment gateway, Carriers, Appstores, Ad Network, but above all else Developers. There were lively discussions, fruitful exchange of ideas and some really interesting takeaways. 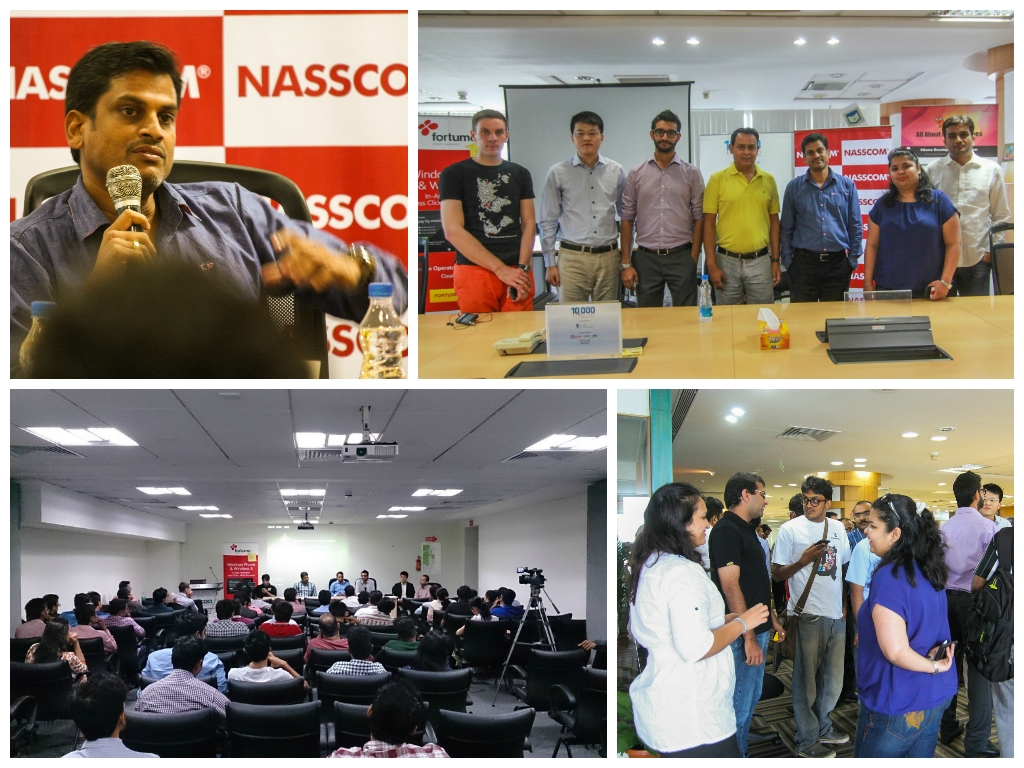 The biggest issue that came to the fore was that it’s challenging for small & mid-size developers to become successful on a bigger scale. While larger organisations have a well-known brand, an existing user-base and resources to drive downloads, it is becoming increasingly difficult for smaller independent developers to be seen on overcrowded platforms like a Google Play with over 1 million available apps and counting.

Some of the key takeaways from the sessions were:

Publish on other platforms: Both Android and iOS are overcrowded and user acquisition is more expensive than ever. Windows as a platform is on the rise and it’s easier to identify an app category where it can stand a better chance.

Think global: The idea is to develop local games with a global outlook. One can be care free when launching an app on the global space, as there is no baggage attached with the developer. But, there is the danger of getting stuck in the local mindset if the app is an established franchise in the Indian market (which is the case with many local developers). Emerging markets like Thailand, Turkey and Brazil have significantly higher user spending and competition is much lesser than in North America or Western Europe.

User is god: Whether one plans to rely on an in-app purchasing model or advertising for generating revenues, but one can’t do this before one has a good number of downloads and a strong user base. It is very important to track user retention on a daily, weekly and monthly basis as well.

Kudos to NASSCOM, on once again getting some of the major stakeholders together and addressing a very key issue like monetisation. AnimationXpress.com will keep you posted on many such industry initiatives in the coming days as well. Stay Tuned!