Coronavirus has upended the way industries functioned and Bollywood is no exception. The lockdown and social distancing laws have rendered the ecosystem scrambling for ways to continue their processes and keep the engine going. The movie theatres are closed, some of the major movie releases have been pushed back indefinitely, shooting of new projects have been cancelled; thus, creating a bottleneck in content creation and its delivery. Ineluctably, the film industry is suffering huge losses, with no security of gaining resumption.

This upheaval and crisis situation has seen a seismic change, not just in content viewership, but also among the filmmakers who are now turning towards OTT platforms to release their content :- Featuring Amitabh Bachchan and Ayushmann Khurrana, the family comedy drama was expected to release in April 2020. However, given the current situation, the film’s release has been delayed. Earlier, director Shoojit Sircar had said in an interview that he’s “open to a digital release if need be” and will decide on it after May 3. Now, the same report by Live Mint says that the film is headed for a digital release and the rights have been acquired by Amazon Prime Video.

Starring Akshay Kumar and Kiara Advani, the film is a horror comedy directed by Raghava Lawrence. It revolves around a man possessed by the ghost of a transgender. The film was supposed to hit the theatres on May 22. As reported by Live Mint, the makers are in talks with Disney+ Hotstar for its digital release. Since there’s a lot of post-production work left, the makers may release it digitally in June. 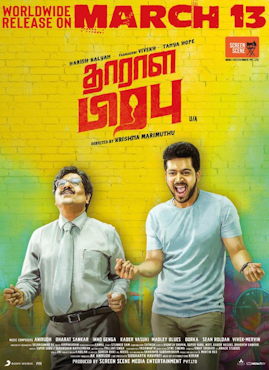 The Tamil remake of Ayushmann Khurrana’s hit film Vicky Donor, which released in theaters on March 13 is now streaming on Amazon Prime Video. 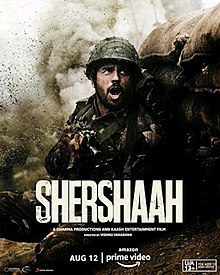 Starring Sidharth Malhotra and Kiara Advani, Shershaah is a biopic based on the life of Param Vir Chakra awardee Captain Vikram Batra. The film is expected to release on July 3. However, given the uncertainty around re-opening of movie theatres, the makers are now, reportedly, negotiating with Netflix for an OTT release. 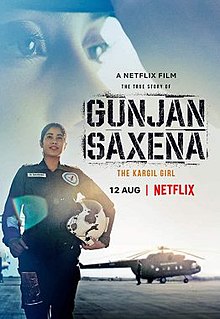 As per reports by Mint, the makers of films such as Shakuntala Devi featuring Vidya Balan, Gunjan Saxena: The Kargil Girl starring Jahnvi Kapoor, Durgavati featuring Bhumi Pednekar, Jhund and Chehre featuring Amitabh Bachchan, and Ludo that stars Abhishek Bachchan and Aditya Roy Kapur; are also looking forward to a digital release. However, there hasn’t ben any official announcement regarding the same. Karan Johar who is producing Gunjan Saxena: The Kargil Girl recently took to Twitter to clarify the “digital release” status of the film and asked people to wait for an official announcement.

Sooryavanshi and ’83, that were supposed to release on 24 March and 10 April respectively, have been postponed to an indefinite date. These movies are considered to be crowd-pullers that are expected to do well irrespective of whenever they release, so these are not going to stream on OTT platforms yet. In fact, Akshay Kumar’s Sooryavanshi, Salman Khan’s Radhe: Your Most Wanted Bhai and Varun Dhawan’s Coolie No. 1 are eyeing a Diwali release to set off fireworks at the box office. The postproduction work was being done on the movie in NYVFXWAALA studios before the lockdown.